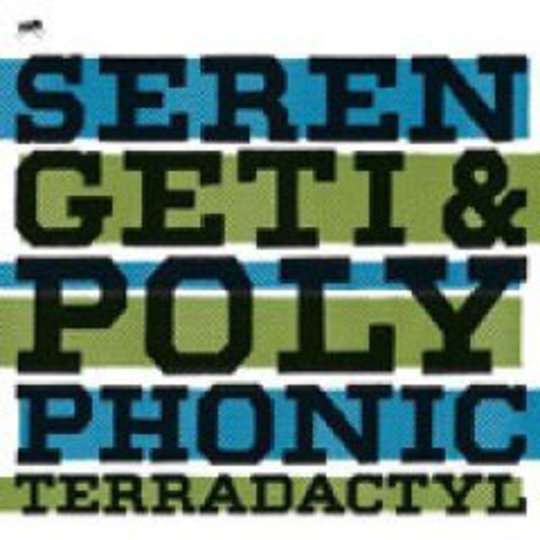 According to the press release for Terradactyl, the record is all “...about place – losing place mostly, struggling to find it again and succumbing to the fact that it's cold...”

This is the most accurate description of the record I could imagine and if everyone had access to press releases then my job here would be done.

The first thing you need to know about this record is that it's 'anticon hip-hop'. This isn't a gunz'n'bitchez rap album. It sticks firmly to the backpacking geek output of the label's recent releases. Even then it's a far cry from the struggling to break-out-but-not-quite-there sounds of the Deep Puddle Dynamics debut. Terradactyl is closer to the far leftfield of Restifom Bodies and the spoken word of Adam 'Doseone' Drucker (who guests on 'Steroids'). Then there's the disorientating beats, crystalline and digital-smooth in contrast to the murky, paranoid, buried vocals of Serengeti.

In the same way that Buck 65's (another cameo appearance here) 'Talkin' Honkey Blues' made you feel adrift in the great, arid landscapes of the American dustbowl, Polyphonic's work throws you into a sprawling desert of concrete and neon. Though where Buck was a travelling companion, bumming for change at gas stations and sharing his cheese and wine with you like a Kerouacian protagonist, Serengeti offers no such comfort. He mostly spits wisdom like a world-weary street hustler who'd rather let you make your own damn mistakes than hold your hand.

It's a headfuck to start with, make no mistake. The vocals and (at first seemingly arbitrary) beats don't seem to gel and you start to wonder if Serengeti & Polyphonic have actually ever met, things are that disjointed.

By 'Patiently' however, things are starting to make crystal clear sense. This is music for anyone that's ever been left sitting in a club at 2am, drunk, fried and watching everyone else having the good time that you came out to have. When the music playing is at direct odds with your apocalyptic thoughts. But somehow that makes it all the better. It's the music you can hear muffled and pounding through the toilet wall as you sit there wondering what the hell's happened to your perfect evening. The record you put on when you've walked miles home in the rain after an argument with your best friends over nothing – yet you're STILL pouring yourself another whiskey. It's like that point in Sideways where Paul Giamatti slowly slips into darkness during his double date.

This is my only problem with Terradactyl. I can't imagine listening to it at any other time than those stated above, and god knows as I reach my thirties those are mercifully getting more few and far between. There's too little to hold on to. Too few memorable melodies, lines, beats. It sets a mood and keeps you there, but I'm not sure it's a mood I want to dwell in for very long. This is a particular kind of nostalgia, one that will leave you with more questions than you came to the record with.

This is by no means bad; guest star Doseone's output is littered with cryptic messages and tales to unravel, but you won't come out the other side of his dense mythology feeling like a couple of fortnights in a bad balloon. Terradactyl is disquieting, original and innovative, but I'm not sure the lows are worth the infrequent highs.