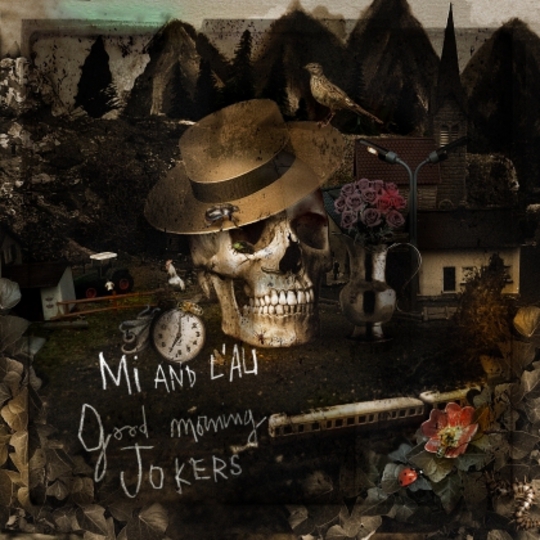 Being a girl in a folk band must be hard. Always having to go through life looking bored and detached, spending hours alone in your bedroom trying to perfect those breathy, distant, ethereal vocals, constantly being described as 'elfin'. They’ve certainly got it tough. Mira of Mi and L’au must have it even tougher – in addition to those typical folk girl qualities, she’s also Finnish, she used to be a model and she’s Laurent’s (of Mi and L’au) muse. Someone people have all the luck. But for all these pluses, she still lacks that certain something to make her stand out from the crowd; throughout Good Morning Jokers she fails to bring anything worthwhile to the table. That’s not to say that she can’t hold a tune - ‘The Pearl’ proves her more than capable of handling herself - it’s simply that she never really seems to challenge herself in a way that would elevate her above being slightly better than average, a criticism which can be extended to the whole of Good Morning Jokers.

Context is important for a record. It’s often said that certain songs sound better at certain times, particularly the idea of 'summer albums”'. Good Morning Jokers is certainly no summer album; and considering when this review is being written, it probably suffers a bit more then it would do if it was the middle of a particularly chilling December rather than a clement June afternoon. To further contextualise, it would no doubt sound even more appealing on a lonely Saturday night in Paris, rather than a nondescript midweek evening in Middle England.

‘Bingo’, which is undoubtedly the highlight of the album, plays up to this Parisian feel; concluding with an orchestra of horns and a lone oboe, conjuring up imagines of late nights in alleyways behind salon bars, with only the sound of muted trumpets for company. A brief respite from the sparse arrangements that make up the most of the album, the swing of this brief burst of big band jazz only demonstrates the lack of feeling that Mi and L’au seem to possess in general. They appear to have decided that, in order to come across as dark and melancholy, they have to adopt the same plodding, monotonous pace for every song, with the intention of creating a similar mood for the listener. Instead it gives Good Morning Jokers the feel of an aural endurance test, almost as if they wanted to batter the listener into submission. Whilst writing slow songs is no crime in itself, it doesn’t help that Mi and L’au’s voices aren’t completely believable. When Laurent sings “you’ve got style” on ‘Wave Goodbye’ it comes across as more of a throw away comment, a shrug of the shoulders coupled with a “whatever", rather than the praise you'd expect he'd give to the person who supposedly inspired his creative output. They voices lack the conviction required to successfully project feelings; they fail to ever really emote in a way that is completely believable, instead they come across as too distant, too nonchalant, too disinterested.

It's therefore perhaps unsurprising that the real moments that make Mi and L’au stand out are the instrumental passages. Aside from the aforementioned big band swing of ‘Bingo’, ‘Dancing and Smiling’ features a lush string section, accompanied by a flute and some more trumpet, this time eschewing the Fifties-style swing in favour of a more free jazz approach. Peppered throughout Good Morning Jokers there are small pockets of delicate piano, well-placed string swells and an admirable use of a marimba, all of which point towards the fact that, when they try, Mi and L’au can come up with something interesting and engaging.

But really, for all the extra little touches that make up the good parts of this record, they get too bogged down in the standard plodding style of a boy with an acoustic guitar and a girl with a passable voice.