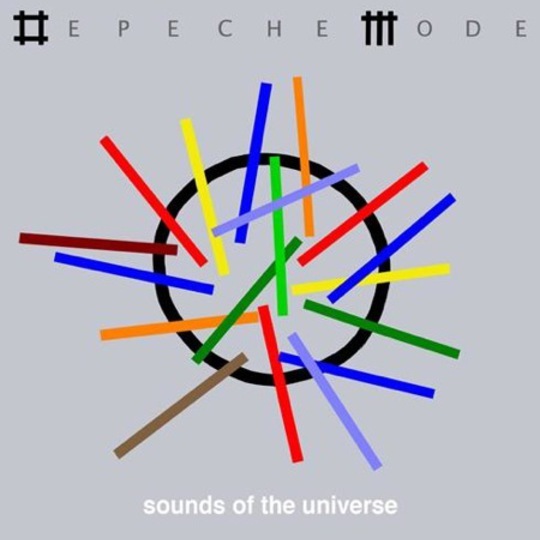 Almost exactly three months ago to this day, myself and some friends were sat in DM, Estonia's premiere Depeche Mode-themed bar. The reason we had gone was, of course, because we thought it would be funny.

It was not funny.

It was 2am on a freezing Monday night, the bar was completely deserted apart from us, a barman who looked so sick of portentous gothtronica that the only thing he’d offer Dave Gahan if he walked in was another speedball, and a DJ busy spinning incongruously hi-NRG choons in the adjoining (and entirely empty) club area. Which was all fine. What was not so good were the video screens, which had Depeche Mode’s four concert films blasting out on a loop. God, they were loathsome. The Devotional tour was particularly excruciating, all sub-Zoo TV post-everything posturing, with the sound so boomingly sterile that it was impossible to tell whether anything was genuinely live or not. It was the painful and slightly surreal culmination to about ten concerted years of trying to like Depeche Mode. I’d frickin’ loved The Singles 86>98 when I’d bought it as a teen, but every time I’d investigated a studio album – be it Black Celebration, Violator or – shudder - Songs Of Faith And Devotion - it instilled the urge to batter Martin Gore to death with his own fairy wings. It was a bit like being attracted to a girl but hating everything about her family, lifestyle, beliefs and friends. Depeche Mode don’t do okay songs. Or quite good songs. They do awful songs - dumb rhymey couplets about mildly racy bedroom antics, the medium a singer and synths tuned firmly to ‘lumbering foreboding’. It’s just that they have a lot of awful songs that are brilliant at the same time; if there were any less tar black sleaze dripping from ‘Barrel Of A Gun’, if the riff to ‘Personal Jesus’ were any less savagely lusty, if ‘Enjoy The Silence’ didn’t have such a twinkling beautiful melody... then the results would be B-A-D.

So that happened, time went by, a promo copy of Sounds Of The Universe made its way to DiS Towers, and dammit if this thing isn’t irritatingly great.

To some degree Depeche Mode have been on a mission to curtail their more ridiculous tendencies for years now, 2005’s Playing The Angel seeing them shelve the clean hugeness of digital and allow themselves a slurp of warm analogue. Sounds Of The Universe sees them continue that tendency, only, y’know... more good.

Put it this way – you think you know what you’re going to get when faced with a Depeche Mode album that opens with a seven minute long track entitled ‘In Chains’. Fortunately not. This sounds like a sort of bizarro world version of Prince’s ‘Kiss’, a pulse of evil funk squelch, with a genuinely soulful vocal from Gahan. Not as in ‘Condemnation’-style “of course I can do gospel, now pass the heroin please, Alan”, but a shaped blast of wolfish, sensual vocal power. It’s not even LITERALLY about being in chains, which shows just how far Martin Gore has come as a lyricist.

It sets the tone: this isn't an album built on loud noises, provocative statements, or the need to impress troubled European teens. It’s about small, interesting noises that rub and react together to create bewitching thrums and knots of eerie musical allure, Gahan’s powerful but emphatically restrained voice providing the drama. It’s music to revel and relisten to - ‘Hole To Feed’s fidgity, compelling little drum figure, picked out by erratic, interesting wheezes of synth; ‘Fragile Tension’s twilight haze of vocal languor and autumnal guitars; ‘Little Soul’, an execise in noirish restraint.

Okay, the single ‘Wrong’ is kind of bombastic, but its obsessive litany of mistakes is clearly not meant to be taken entirely seriously, plus the music is again nothing if not reined in, an intricately buzzing sculpture. 'Peace' is camp as Christmas, but a vintage, Kraftwerky keyboard arpeggio keeps everything firmly on the right side of arch. There's balance and counterbalance and everything works just beautifully.

Sounds Of The Universe arguably goes on for a bit too long - it doesn't help that closer 'Corrupt' is throwbackish bobbins - and it certainly could have done without token Gore vocal ‘Jezebel’ (why it’s more contentious that Gahan gets to do writing than Gore singing is a perennial source of bafflement). But other than that it’s just a damn fine record, possessed of the kind of unshowy high quality the Basildon band have seemingly actively opposed in the past. Hopefully it'll at least cheer up the barman in DM, if only for a while.