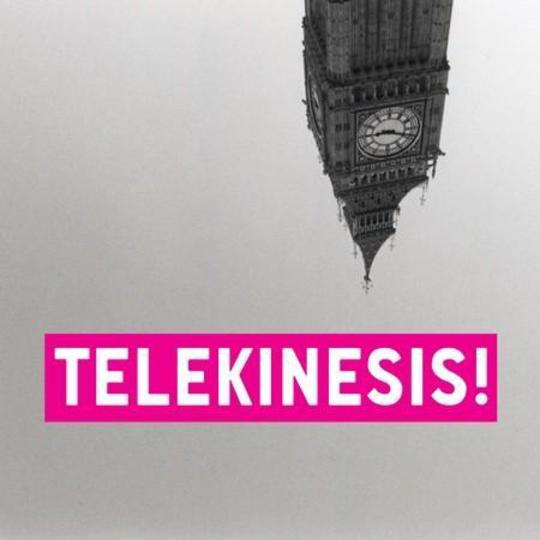 Many songwriters spend their entire lives attempting to write ‘the perfect pop song’. On paper it’s a simple beast – combine a three to four chord sequence with a melodic verse that makes way for a catchy chorus, add words that convey some sort of sentiment that a broad audience can relate to, and do it all in about three minutes – simple? Well, actually, no.

The reality in trying to achieve this task often results as an eternal pursuit, never quite obtained and very rarely mastered. However, for Seattle’s Michael Benjamin Lerner - the 22 year-old main man behind Telekinesis (in that he writes, records and plays all the songs) – he is already closer to perfecting it than many of his older peers. Growing up on an audial diet of The Kinks and The Beatles it’s clear from this debut offering that these formative influences have truly ‘rubbed off’. Whilst the germ of Telekinesis begun during a years study abroad at Paul McCartney’s School for Music in Liverpool, Lerner returned to Washington State as a sound engineer and quickly built a repertoire of quick-grab, big-hearted, sunny US indie rock demos ridden with more hooks than a fisherman’s tackle box. Said demos found their way into the ears of legendary Merge Records before local uber-producer Chris Walla (Death Cab For Cutie, The Decemberists, Tegan & Sara and The Postal Service) offered to produce them. The result is a bright, cheerful and universally accessible collection of summery power-pop that contains the velvety shades of US indie rock mainstreamers such as Death Cab and The Shins, as well as the raw crunch of 90s stalwarts such as Dinosaur Jr. and Pavement – as well as just about everyone between.

Lerner deals his strongest of hands almost immediately; 'Coast Of Carolina' is an out-and-out delicious slice of indie-pop perfection ridden with Beatles influenced "nah nah nah's", before he pilots the album into 'Tokyo' which strikes like a mood elevator with the speed and force of a bullet train. Both contain frenetic hooks that are conspicuously frenzied in their request for listener participation. You can’t help but get caught up. The genteel acoustic intro of 'Foreign Room' appears later disguised as a lull before quickly making way to a thundering mass of overdriven guitars, a snappy drum beat and yet another woozy hook the size of Texas. Both Lerner’s song writing and vocal style resembles a younger Ben Gibbard doing The Kinks. He specialises in finding that classic melodic 'sweet spot', shining a Beach Boys sized dose of UV light on it and working it until the listener requires liberal application of sunscreen to the ear canals for protection. This alone will turn many off – such as on the adolescently bouncy 'Imaginary Friend' for example. Whilst Telekinesis! is in no way a terribly daring release and touches on the derivative throughout, moments of concise musical maturity regularly shine, and on tracks such as the Doo-Wop beated 'Awkward Kisser' with its syncopated piano line as well as the slightly darker and desolate 'Great Lakes' with its minor key lead, we are shown not only a different side to Lerner’s arsenal but to Walla’s production skills as well.

With his songs of journey and geography, Lerner paints an escapist scene within his innocently idealistic but genuine lyrics - which frequently reference making the girl his wife, growing old together and, strangely enough, Japan. However, from a universal perspective the two moments where Lerner elicits his most poetic of emotional responses are on the tracks book ending the album. Both stripped acoustic ballads – the delightful opener 'Rust' begins with vivid prose: "I’ve got a heart but it's afraid to love / Sometimes I feel the damn thing's full of rust… / It pumps something I can not call blood." While closer 'I Saw Lightning' - it's mature and sentimental chorus lamenting of a long distance relationship – declares "I wanna care for you when you are all alone / Sit inside our house and unplug all our phones" before daydreaming of him and his sweetheart reunited, walking in a distant foreign land together.

Ultimately, Lerner proves to be a real songwriting talent here. The album brims with quick 'from the gut' compositions that have been uncomplicatedly produced using simple instrumentation. And quite right too, as to over think this poppy sound would be to lose sight of its very purpose – fun! Lerner asserts with complete conviction as 'All Of A Sudden' fades: "It’s kinda funny how we close our eyes… all of a sudden it’s summer time." Roll up, roll up, your summer soundtrack may have just arrived.