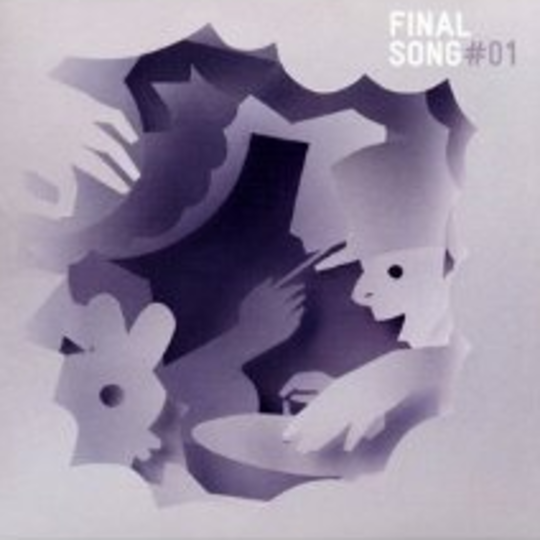 Compiling an album according to the song you want played at your funeral, or the last song you’d want to hear before you shuffle, frug, pogo or vogue off this mortal coil, is an idea that, as Final Song #1 shows, proves both brilliant in conception and slightly insane in execution. Brilliant because everyone’s thought about their funeral at some point of craven self-absorption; insane because, however you choose your respondents, when you pose this question – which eschews considerations such as influence, genre, or everyone piling back to yours – you’re always going to end up with a tracklisting equivalent to numerous wildly divergent iPods set to shuffle.

So it is with Berlin electronic label Get Physical’s quixotic project, where asking the question of a selection of DJs and producers familiar to anyone with a passing interest in electronic music (Laurent Garnier, Gilles Peterson, David Holmes, Coldcut, Richie Hawtin), throws up selections ranging from classical (Get Physical label head chooses Erik Satie’s ‘Gymnopédie No.1’), top-40 pop (albeit the drug-obsessed pop of The Stranglers’ ‘Golden Brown’, as requested by Munich electroclash innovator DJ Hell), alternative rock (Laurent Garnier opts for ‘Sit Down, Stand Up’ by Radiohead) to Chilean folk (Ricardo Villalobos wants nueva cancíon practitioners Inti Illimani’s ‘Caramba, Yo Soy Dueño del Barón’).

The reasons for a particular track being chosen prove as diverting as the music itself. Storm touchingly notes that the downtempo jazzy swoon of Photek’s ‘Modus Operandi’ proved comforting following the death of her DJing partner Kemistry in 1999. Flat-out coolest reason for a track’s selection, however, has to be that Kevin Saunderson first heard ‘Supernature’, Cerrone’s eurodisco epic, when Larry Levan dropped it at the Paradise Garage: it was the first record he heard in the first club he went to. I think mine was something by the Wonder Stuff or the Charlatans, but then it was a different scene in early-90s Surrey.

Chloé Thevenin, aka DJ Chloé, does what pretty much everyone else included here no doubt considered and goes for one of her own tracks, ‘Paradise’, which appeared on her debut Erosoft EP in 2002. Fortunately for her it’s a face-savingly beautiful piece, with its spare acoustic guitar melody rolling along beneath cloudbanks of mournful electronic tones, crackly distortion, a languid vocal and what sounds a lot like a laser printer doing its thing.

Steven Soderbergh’s musical go-to guy David Holmes says that the version included here of The Beach Boys’ ‘’Till I Die’ is different to that from their classic 1971 album Surf’s Up. An alternate version certainly exists, but this sounds like the album cut to these ears. If the error was repeated at his funeral I don’t suppose he’d be in much of a position to do anything about it. Rather than scoring rare groove points from beyond the grave, all that Ewan Pearson wants is Peggy Lee’s slyly ironic ‘Is That All There Is’ to elicit wry smiles, which is an admirably modest aim. Likewise, Laurent Garnier’s aforementioned choice of Radiohead shows off an attractively skewed thoughtfulness when he talks about his journey to the afterlife being something like a government office queue, when you’re not sure which line to join or exactly where to stand.

As well as asking a question of the compilers, you could argue that Final Song #1 also asks the listener to make the rather macabre choice of which funeral or death you’d most like to be present at. For me, it would have to be Richie Hawtin’s. Not, I should stress, due to any animus towards the infamously divisive Anglo-Canadian techno don, but because ‘Arcadian’ by Link is simply a transcendent piece of music that showcases the emotional impact electronic music is capable of. And it’s good to dance to.

In a world that quite frankly isn’t short of a compilation or two, Final Song #1 stands out as an engaging and inventive way to group hugely diverse tracks together. The flipside of its eclecticism is the risk it's seen as a curiosity to be admired rather than an album to be purchased. I hope that’s not the case, because this is a series (Now! That’s What I Call Death Music, anyone?) that deserves to run and run.