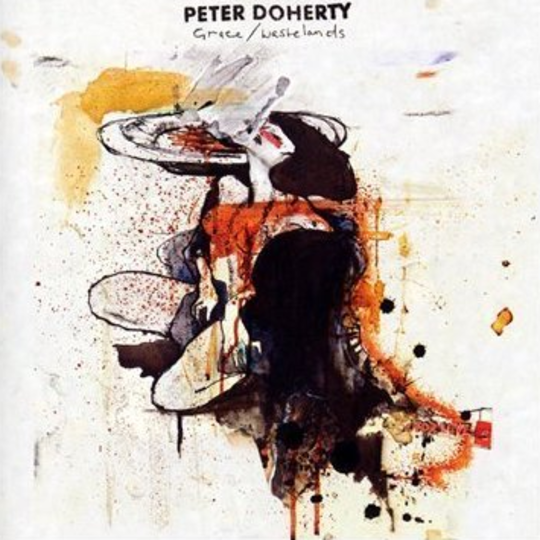 Though The Libertines split what seems like an age ago now, the rinky-dink Dickensian punk self-mythology dreamt up by Pete Doherty and Carl Barât proved itself remarkably enduring. Even two years ago a surly teen uneasily trying to rock one of those daft guardsman’s jackets wasn’t an uncommon sight at summer festivals, while the dust has only really just settled on the days when otherwise perfectly reasonable people (mostly music journalists, admittedly) would blather on about ‘Biggles’, ‘Bilo’ and ‘the good ship Albion’ without feeling even slightly silly about themselves.

But settle the dust has. Barât’s Dirty Pretty Things were so arse-numbingly workmanlike that they pretty much split on grounds people had forgotten they existed, while for all Doherty’s dabblings with hard drugs, super models, no shows and that time he gave a penguin a spliff, Babyshambles' second album Shotter’s Nation was a disconcertingly efficient offering.

Which was better than, I dunno, field recordings of that stomach implant of his making him vomit, but not really the way to hang onto the zeitgeist, which was in any case by now doing something disgusting in the corner with the fluero crowd. The net result being that long-threatened solo album Grace/Wastelands is the first of Doherty’s career not to be propelled by the post-Libs momentum that kept Babyshambles an amusingly regular fixture in the top ten.

Proceedings commence with the woozy strum of ‘Arcadie’, a song which the ten or so people still in the market for a ragged acoustic meander that kicks off with the couplet “In Arcadie life trips along/ pure and simple as the shepherd’s song” will freak out over. Everyone else will fantasise about beating Doherty unconscious with his methadone-sodden old copy of Boy's Own Annual.

Then, somewhat unexpected, the album becomes really quite good. In fact the next track, flop single ‘Last Of The English Roses’, is genuinely jaw-dropping. It's a dark, dank, dubby shuffle that comes across like a scrappier descendant of The Clash’s ‘Guns Of Brixton’, a sense of real foreboding seeping through its shivering, bass-chilled bones, fitfully warmed by a sunny, Blur-ish chorus.

Oh yeah, Blur. Shotter’s Nation’s Stephen Street once again produces, with old charge Graham Coxon lending a hand, and he’s done quite the job. If you’re expecting just Doherty and a battered acoustic you’re wrong wrong wrong – this is the closest he’s come to channelling the ambiance of that romantic olde England he apparently saw every time he shot smack into his eyeball (or, er, whatever). Two parts Sunday bandstand to one Max Steiner, it's all lush, ghostly waltzes and eerily reverberating slews of brass, not a Last Of The Shadow Puppets-style orchestra vanity project, but something subtle, graceful and moving.

Time and time again you steel yourself for a song to be a bit rubbish, only to be wrongfooted – old Barât co-write ‘A Little Death Around The Eyes’ kicks off with the execrable line “Your boyfriend’s name was Dave / I was bold and brave”, but the claret-rich swoosh of strings, reeds and organ which promptly swoops the track off its feet completely turns your head - should this man be making Bond themes? Although actually, who is 'this man'? Doherty? Or godfather of Anglophile indie Stephen Street? The subtle, elegiac sonic layers are sublime, and I’m really not convinced Grace/Wastelands would be that good if it were stripped down to its songwriter roots. Certainly its weakest moments are the ones where Street’s clearly held back: ‘Arcadie’, anticlimactic closer ‘Lady, Don’t Fall Backwards’, and ‘Through The Looking Glass’, which sounds like some twat with a guitar bothering you at a campfire. Grace/Wastelands affirms at least one great English talent, but I’m not sure if it’s the one whose name is on the front cover.

That said, good music is good music, plus the highlights are moments where Doherty has unquestionably brought something of substance to the table. The quiet, sad ‘1939 Returning’ is blessed with the best new lyric he’s roused himself to in an age, a poignant comparison of his grandmother’s evacuation to the country in World War 2 with the council’s shipping her out to sheltered accommodation.

‘New Love Grows On Trees’ is another Libs-era composition, and it feels like it, the lyrics (purportedly about Barât) having the grab-you-by-the-throat pithiness Doherty used to be able to conjure more or less at will. "If you're still alive / when you're twenty-five / shall I kill you like you asked me to?" he sighs, the reverb-heavy backing occasionally shattered by a howl of distortion, ominously underscoring the suggestion that perhaps the former Libertines are men living out of their time.

And that’s the thing – is Pete Doherty a vibrant talent in 2009, or has he simply become a cause celebre for the likes of Street? He’s still plucking out songs he wrote six years ago, and while that was perhaps the point of this project, I can’t help but feel that between the age of some compositions and Street's obviously substantial input, this isn’t exactly the personal vindication some have suggested. But maybe should all be by the by. Pete Doherty has made a solo album with Stephen Street producing, and the result is some pretty good music. Easiest we leave it on that note.