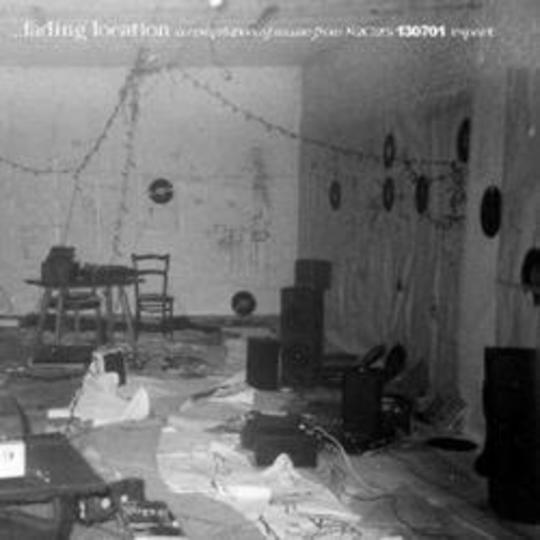 Fat Cat have already established themselves as possibly the UK's most ambitious, forward-thinking record label of modern times. Not content with releasing the earliest works of revered artists such as Sigur Ros and Animal Collective, they're also pretty adept when it comes to spotting homegrown talent before the rest of us too, having unleashed the likes of Frightened Rabbit and The Twilight Sad on unsuspecting audiences to fanfares from both critics and punters alike.

In between times, their instrumental offshoot 130701, named as such because it was established on 13th July 2001, has also been pivotal in providing a platform for up-and-coming artists who create musical passages rather than songs. Although initially created as a separate entity to release post-rock supergroup Set Fire To Flames debut Sings Reign Rebuilder, from which the evocative 'Steal Compass/Drive North/Disappear' is taken to open proceedings here, 130701 has since become something of a blueprint outlet for instrumental based musicians worldwide whose creations don't quite fit stately into any genre or roster.

Comprising eleven tracks in all and showcasing the works of four artists, Max Richter, Hauschka, Sylvain Chaveau and the aforementioned Set Fire To Flames, Floored Memory...Fading Location is one of those compilations that doesn't quite measure up to the separate sums of its parts.

Take German-born composer Richter's contributions for example. The delightful 'Cradle Song For A (Interstate B3)' from last year's 24 Postcards In Full Colour sounds radiant and encompassing, especially in the company of its fellow compositions. Yet, it comes sandwiched in-between the equally beguiling Hauschka's 'La Dilettante' and 'Blue Bicycle', it sounds quite aloof and ill-fitting, probably due to the fact that the only thing that really links all of these artists together is their lack of vocals.

At times Floored Memory...Fading Location feels like a hastily arranged film score, hopping from scene to scene without ever really forging a considered direction. In hindsight, I guess it was always going to be difficult showcasing random snippets of each piece of work into one singular entity when each album demands to be heard in full. For all its good intentions, Floored Memory... is slightly flawed by its make-up; nevertheless, don't let that put you off any of the artists here, as the already mentioned 'Sings Reign Rebuilder' and Hauschka's recent Ferndorf collection in particular are two of the most breathtaking records of breadth and diversity you're ever likely to hear.