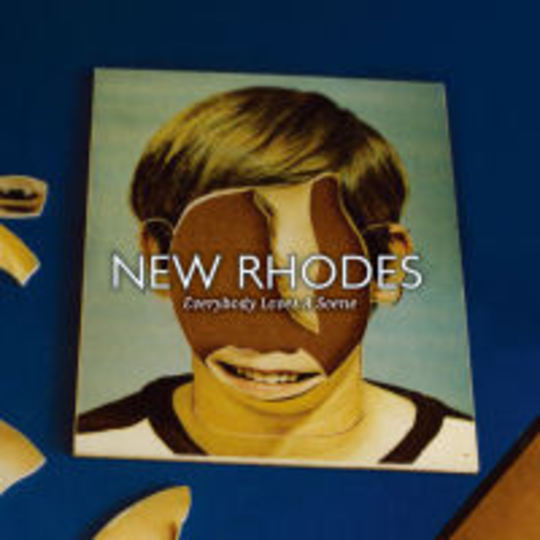 Native Bristolians but now firm London socialites New Rhodes aren't so much this decade's forgotten band, but more a case of the ones that should've been yet never were. Despite being hotly tipped for success throughout the initial stages of their career, even bothering the singles charts on one occasion prior to actually signing a proper recording contract, commercial success always evaded them and their star simply fizzled about for no apparent reason other than the changing state of musical fads and trends decreed that they were no longer relevant.

A shame then really as frontman James Williams always displayed more than a hint of promise that one day his name could be mentioned up there with the best songwriters of his generation, while his band as a whole certainly know their way around a melody or two, rigidly sticking to their guns throughout their near-decade long existence while most of those around were eagerly beavering around following the latest penchant for four-step rhythms or dance-infused discordance.

Their first long player, Songs From The Lodge, released two-and-a-half years ago to little more than a whimper, is undoubtedly one of the noughties lost gems, and despite the irony in its follow-up's title, Everybody Loves A Scene is more of the same in that Williams and co. aren't ready to let go of their tune-conscious instincts just yet, dollar or no dollar reward ensuing.

Often compared to the likes of The Smiths and The House Of Love, the eleven tracks on Everybody Loves A Scene don't reinvent the wheel in any way, shape or form, but they do highlight once again just what an underrated bunch New Rhodes really are. 'The Joys Of Finding And Losing That Girl' is a whimsical love song that doesn't go all wet and maudlin around the edges while '254' and 'Is This The Life You Want?' are both radio friendly crowd pleasers that in a parallel universe would be captivating stadium audiences rather than bedazzling those of us still puzzled as to why this outfit still find themselves trawling round the toilet circuit after all these years.

The undisputed highlight of the record however is midpoint ballad 'The Bells Of St John', which mark a drastic departure from New Rhodes normally jaunty pop thrills into far despair-ridden territories, but rather than overdosing on superficial sentimentality actually sounds like a heartfelt acceptance of their fate. If that were to be the case, particularly as careerist guitar pop such as Scouting For Girls and Razorlight seems to be the order of the day, it would be nothing short of a travesty as Everybody Loves A Scene is more than ample proof that the New Rhodes still have so much left to offer.

The Century of Self