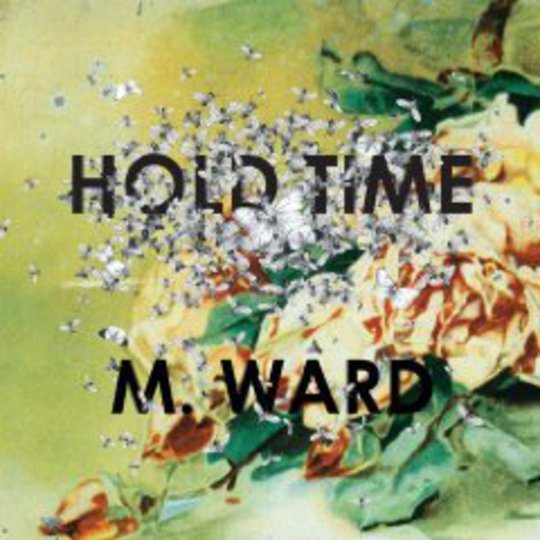 “'Cause I just roll and I tumble / Down the long road I stumble..." – ‘Epistemology’

On his sixth solo album, M. Ward turns in a star-studded set that feels at once a logical progression from 2006’s Post-War and a step closer to that all-out classic his preceding suggests; an assimilation and appropriation of American blues, gospel, country and folk as lovingly, winningly relayed as we’ve come to expect from the Portland-based troubadour. A quick appraisal of his career thus far reveals a success slow-burning and richly deserved, more so: the jubilant intimation that from the shoestring-budget, rough-hewn Duet for Guitars #2 to the technicolour splendour of his latest efforts, Ward’s hallmarks have both been evidenced – and flourished magnificently – throughout.

Chiefly, Ward’s albums sound familiar in the best possible way. An intuitive, innately talented guitarist (for whom the use of a four-track cassette recorder has become an intricate part of the songwriting process) and an accomplished producer in his own right, the apparent ease in which he lays his skills to tape is commendable. The dusty, Americana vibe that so strongly informed his debut resonates equally some ten years down the line (though finding itself in admittedly lusher surroundings), while his cracked, soulful voice remains as emphatically warm and languid as ever.

A proclivity for reinterpreting the greats also shines through on this record. Where Transistor Radio opened with a vibrant instrumental take on The Beach Boys’ ‘You Still Believe in Me’, here he closes proceedings with a gorgeous version of the Frank Sinatra/Billie Holiday-popularised ‘I’m a Fool to Want You’, and in a comparable instance to the twinkling, starry-eyed Bowie adaptation ‘Let’s Dance’ on Transfiguration of Vincent, here the country standard ‘Oh Lonesome Me’ makes a commanding, sedate appearance, Lucinda Williams’ weather-worn pipes offsetting Ward’s dulcet tones to admirable effect. Not to mention the thoroughly charming soft buzz of ‘Rave On’, one of two numbers where the ‘She’ of She & Him contributes winsome backing vocals.

Guests do feature prominently here (which for the most part is mixed and aided by multi-instrumentalist Bright Eye Mike Mogis). Peter Broderick provides the strings, old acquaintance Jason Lytle pops up on the joyously infectious ‘To Save Me’ (synth? You better believe it) – but the album remains Ward’s show. The shimmering slow burn of its title track illustrates this; his rich croon resting atop a bed of strings in something less like a song, more like the most romantic, heartfelt imploration you’ve ever heard, flawlessly set to music: "Yeah, I wrote this song just to remember / The endless, endless summer in your laugh."

Thematically there’s not quite as much to go on as previous – Transistor Radio was a love letter to the golden age of AM Radio, and Post-War a dual attempt to return to and consider the kind of music produced following great conflict. Clues, however, can be garnered from its central statement: there’s a disarmingly sweet song here entitled 'One Hundred Million Years', loosely suggesting you could posit the notion of time – or timelessness itself – as a prominent factor ("The lights that shine tonight / Will burn on when we die / Oh my soul, one hundred million years").

A cynic might point towards the lack of Ward’s mesmeric finger-picking on display, suggest the purest distillation of his talent can be found in earlier, more guitar-centric works – even state that at 14 tracks, a slight trim wouldn’t go amiss. These doubts should be surely quelled by the likes of 'Epistemology', a mandolin-flecked, Catholicism-informed pop song (!) so simply, generously, eloquently, melodiously heartbreakingly perfect that to try and write any more about it would be an exercise in futility. The subsequent 'Blake’s View' and 'Shangri-La' further expound that song’s philosophical hues, before Hold Time bids us graceful farewell with the aforementioned ‘Outro (AKA I’m a Fool to Want You)'.

Enough. Because really, what else is there left to say?