Dent May & His Magnificent Ukulele

The Good Feeling Music of Dent May And His Magnificent Ukulele 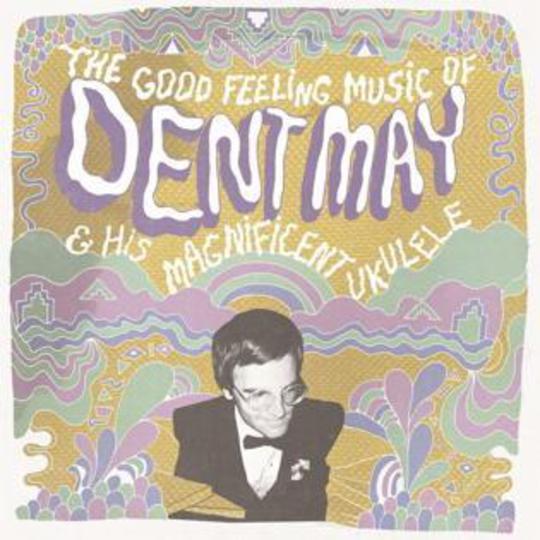 For an album so reflective of a certain musical style and sound, The Good Feeling Music of Dent May & His Magnificent Ukulele manages to contemporise itself without sounding ridiculous.

There’s a large possibility that ukulele music sung by a faux-crooner who echoes Morrissey (honestly, listen to 'College Town Boy') would sound completely ridiculous, but there’s so much charm to be found in the honed brass and string arrangements here - not to mention the clever lyrics - that it never meanders into that territory.

The fundamental flaw, if there’s one to be found, is that the title suggests very little of what is actually contained on the album. A title as reminiscent of music hall, novelty side-shows and the like gives no clue as to the depths we can actually hear. What has the appearance of mere novelty (even in indie circles where the odd glance over the shoulder is welcome in such a way as this) actually has the substance of something somewhat more sophisticated. As an instrument, the ukulele doesn’t feature in any particularly prominent way (at least not in a virtuosic way), serving more as an alternative to rhythm guitar than any bringer of melodic focus.

No, the melodies come defiantly from Dent’s beautiful singing voice. Throughout, he soars and towers above the arrangements, often straining at the upper limits of his range to wring out the utmost in emotional impact. Similarities to Brian Wilson seem genuinely accidental or devotional rather than emulative, even if the "wow-o-wow"ing on 'Meet Me In The Garden' has the same ensemble growl of the Beach Boys’ finest ensemble moments. To augment this and further wrangle it into the present day, May’s lyrics deal with contemporary issues, as well as timeless ones, a necessary blend to ensure that the record keeps one foot in reality and relevance.

The defining factor is the abandon and sweet ease of May’s deliveries. The whole package (deliveries, yeah?) is beautifully rendered, be it authentic homage or cheesy snapshot. Rarely does an artist emerge with an identity so fully formed and ready to sell - no bad thing. With that image and, indeed, package, May will no doubt divide opinion and make certain people sick of him just by his very look and reflective genre, but to anyone with time to spend and ears to analyse he will be a speccy hero; a champion of triumphant performance irrespective of that well-practised image.