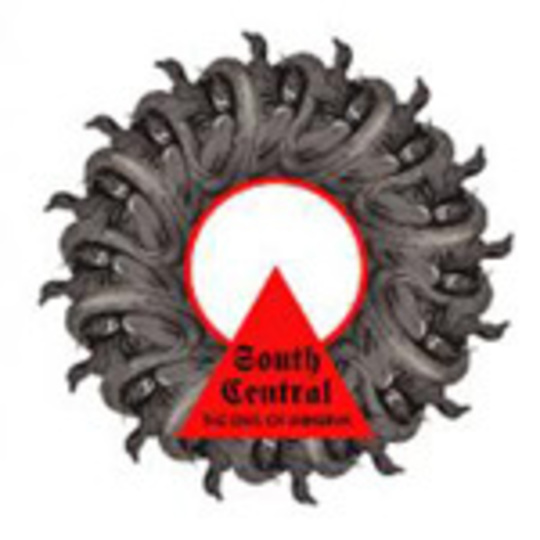 As far as opening tracks go, The Owl Of Minerva SHREDS. ‘Aeon’ is a neon, swirling haze: dazzling flourishes of synth strung around the simplest of scrappy guitar riffs, the resultant effect not unlike a shinier, equally euphoric The Go! Team or less claustrophobic Crystal Castles. It is A-grade awesome, shimmering class, a fine introduction: one I could play five times in a row and enjoy just as much (if not more) with each consecutive listen – which I just did, as it happens. Sadly, though, it’s also something the remainder of the album fails to live up to.

It’s not really an album, mind. This collection gathers together the highlights and finer works of the Malta-originating South Central’s two years’ past (NME says Malta, MySpace says Brighton) – evaluation as a coherent, flowing work, then, is pretty much out the window – leaving it to stand or fall on the merit of its standalone tracks. An odd, disjointed set they are too; entirely sonically aggressive in comparison to ‘Aeon’, as sporadically thrilling as they are often exhausting.

Witness: the pounding, relentless swoosh of ‘Golden Dawn’, where subtlety takes a backseat to spine-juddering bass and blasts of electronic noise, or subsequent dance-rock fusion ‘Nothing Can Go Wrong’, which ups the ante considerably through its wailing guitar and throaty, glitched-out singing. ‘Revolution’ fares slightly better, revolving as it does around a heavily treated vocal repetition with more success, psychedelic splashes offsetting a vocodered-to-the-max synth/voice combo.

Sonic trickery abounds on the pushing-it-at-eight-minutes ‘Castle Of Heroes’, which sounds a little like what Kieran Hebden might come up with were he armed with a sledgehammer as opposed to a laptop, and is frankly punishing in its jittery aural assault. Of course, you can interpret criticism such as this in two ways, and as stated, consideration of a compilation like this removed from the 2AM dancefloors and sweaty clubs for which it’s clearly intended is perhaps a futile task – as is bemoaning a lack of sensitivity when you’re talking a band who are both currently opening for Pendulum and former touring partners of Does It Offend You Yeah?.

What South Central do, they do well, and while it’s not particularly mind-fuckingly original or really that awesome, there are glimmers of real worth here, not least in the reworking of ‘Higher State’ that appears come The Owl Of Minerva’s closing third. Shrill lasers beep and threaten throughout this oppressive, heavy melange that hulks and heaves convincingly but never quite peaks as its forerunners have. Odd, given that’s sort-of-exactly-the-point-of-the-track, but there’s a tangible sense that South Central have done with it exactly as they wanted, and for that they must be commended.

The penultimate ‘Dolls’ is all the stronger for eschewing the jarring, abrasive nature of what's offered elsewhere, and leaves one with a sense that come 2009 this lot could well stand alongside the genre-mashing types they’re currently rubbing shoulders with. Make of that what you will, then; or just get hold of ‘Aeon’ and stick it on repeat for while. Both seem sensible options.