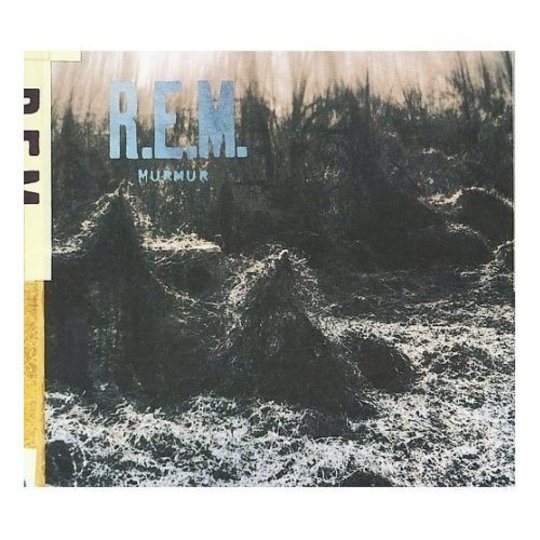 Before talking seriously about R.E.M.’s first and best album, let's dive in and get the whole 'deluxe edition' nitty gritty out of the way. Remastered for its 25th year, this Murmur isn't a significantly changed record, but now comes picked out in slightly clearer colours, the sonic murk dispersed a little so as to coax out odd little touches like the weird ambient noises preceding opener 'Radio Free Europe'. It’s what you’d expect really, and certainly there’s no clipping or compression or attempt to turn this strange record into FM rock or whatever. R.E.M. geeks will likely have already heard the '83 Toronto concert that comprises the second CD, but it's definitely a welcome bonus. A stripped, propulsive 50 minutes, it should logically serve to expose Murmur's opaque workings, but you’d be as likely to perform an autopsy on ghost as demystify these songs. There’s a little more balls and a little less finesse than the studio versions, a handful of tracks from Chronic Town and Reckoning, and general confirmation that that R.E.M. Live album of last year wasn’t that much cop.

Really, though, this reissue shouldn’t be tilted at completists, but at the many, many people who still haven’t heard any version of Murmur; who think the canonical ones are Document, Out Of Time and Automatic For The People; who are daunted by an extensive back-catalogue that’s light on early hits; who are put off by R.E.M.'s relative unfashionableness these days; who are maybe just curious as to why this relatively obscure 1983 debut is scoring top marks across the board on the reissue trail.

The standard journalistic cop out when attempting to articulate the power of Murmur is that it ‘sounded so different to everything else at the time’. Fair enough, but 13 more R.E.M. albums and the entire alt. country movement down the line, you can’t really say it sounds shocking. I’m going to attribute its continued power to three things: empathy, spirituality, and melody.

First empathy. Murmur is unquestionably Michael Stipe’s most obtuse set of lyrics. Interpret away, but there is not one phrase on this record that makes any literal sense on its own. On paper, that is. The chorus to ‘Perfect Circle’ simply consists of the line “heaven assumed, shoulders high in the room”, but it's devastating, a song more purely about loss - be it a life, a relationship, one's past - than any other song I can possibly think of. You can break it down to the mix of weariness and wonder in Stipe’s soft mumble and the stately, elegiac chime of the music, shining brave and pale against the dark. But the fact is you just know. ‘Sitting Still’ glows with a nervous joy that exists more in the strain of Stipe’s voice than the sole coherent line “I can hear you; can you hear me?” The clangourous ‘9-9’ only has two decipherable words, but that repeat phrase “conversation fear”, skittering nervously around Buck’s nagging metallic ricochets, is enough to set your teeth on edge and claustrophobia welling in your stomach. Or maybe it won’t be that exactly, but the fact is Murmur is one of the most intensely evocative records ever made, and on some level every song will be crystal clear to you, be it conjuring a feeling, an image, a colour or a story.

Next spirituality, by which I mean that as with a band like Arcade Fire, there’s constantly the feeling that there is something bigger happening here. It’s most obviously there in the secret wisdom of Stipe’s already impossibly old sounding voice. There’s also simple but effective tricks of harmony, like Mike Mills and Bill Berry shadowing Stipe vocally throughout ‘Pilgrimage’, an echo that magnifies and exalts the abstract lines. And it’s in the suggestive phrases that burst out of Stipe’s foggy vocal vistas : “this pilgrimage has gained moment, take a turn, take a fortune” sounds like a cryptic plea for the listener to do something greater, worthier; ‘Laughing’ obliquely references the Bible story of Laocoön; a ‘Moral Kiosk’ is clearly something important, but what? Murmur is subliminally suggestive of something vaster, but entrances you by never coming out with what that something is (which is of course exactly what R.E.M. did in order to become megastars).

Finally, melody. No need to labour the point – these are choons. Perfect, taut, hummable choons, laden with intricate harmonies, shimmering, beautiful guitar arpeggios, economic, kinetic bass and drums, the odd well-judged effect (notably the muffled recording of two pool balls colliding on ‘We Walk’), and a balanced song selection that breaks up the mostly misty, mid-tempo, slightly lullaby-ish songs in tone with a few fast pop tracks, one rocker (‘9-9’) and one ballad (‘Perfect Circle’). It’s the reason why all the Byrds comparisons were sort of right, sort of wrong, the music a perfect folk-rock foundation on which something greater could be built.

That’s my take, anyway. I’ve seen others, and maybe the reason for Murmur’s continued potency is that its magic refuses forensic explanation. Contextualise it in indie history all you like, but ultimately Murmur stands alone, a perfect circle.