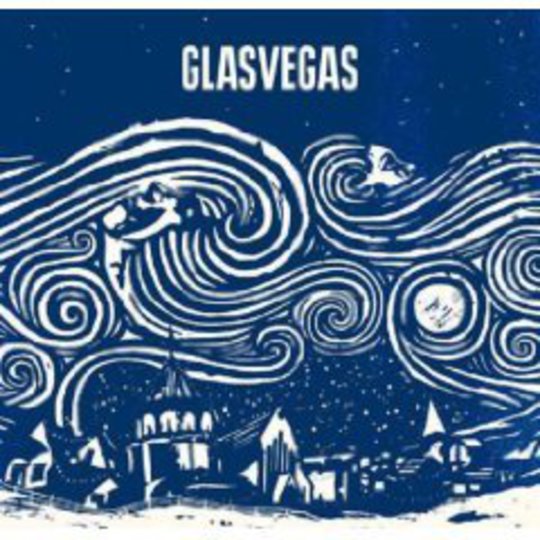 What a year 2008 has been for Glasvegas. They started the year by coming fourth in the BBC's Mystic-Meg-goes-pop 'Sound of 2008' poll behind Adele, Duffy and The Ting Tings respectively. They blow up, filled the cover a certain weekly, released their critically acclaimed album in September and now round it off with a Christmas record that singer James Allen has been talking about since his band first gained fame. What was originally going to be a stand-alone Christmas LP has been transformed somewhat with the stench of corporate meddling all over it: this six track package (one of which is a cover of 'Silent Night') is only available via download, or tacked onto a Deluxe edition of the Glasvegas album proper. Some fans may feel slightly cheated.

One thing that strikes the neutral about Glasvegas, however, is that they inspire devotion on levels not seen since Arctic Monkeys' rise to prominence, which will surely help them shift copies of this EP. Personally, I have never understood the Glasvegas phenomenon, often thinking of them as 'The Emperor's New Sound'. I vaguely remember Alan McGee TYPING IN CAPS LOCK AND DECLARING THEM TO BE THE BEST BAND EVER around 2004, but things failed to take off for them then and I assumed they had been confined to the casket of also-rans. So when in November of last year NME and Guardian journalist Tim Jonze set up the Sane Man label to release 'Daddy's Gone', I assumed it was an ill fated project.

However, switching on MTV2 recently and seeing some live footage of said song being performed in Aberdeen made me sit up and pay attention. The volume of the amassed throng bellowing the chorus stage-wards was inspiring. That song, and this band, really means 'something' to some people and regardless of what you think of the music that's a 'something' you can't ignore. They might be a major label indie band but they bypass the Kooks-esque hum along distraction music and lodge their songs in people's emotional cortex. So with that in mind my ears are opened to the Christmas EP. Where before I felt the music was schlock and emotionally puerile, I now want to find something that makes me feel the way that crowd in Aberdeen felt.

Sadly, I'm not sure it's here. The bleak midwinter atmospheric setting is established immediately with the choral emptiness on 'Careful What You Wish For', a sort of short pre-cursor to the impending doom awaiting the listener. Next up is 'Fuck You, It's Over' a stomping gargantuan vehicle of anger and bitterness, it is quite possibly the best thing Glasvegas have ever recorded. Whilst lyrically simple the pain and frustration in Allen's voice is clear for all to hear, as the song builds to a crescendo it's hard not to join in. 'Cruel Moon' which follows is, perhaps inevitably, something of a let down. Maudlin and self pitying, the listener's patience is tested somewhat and the heavily accented croon loses these ears completely.

'Please Come Back Home', presumably a sequel to 'Daddy's Gone', follows previous Glasvegas 7" output with the Irvine Welsh-meets-My Bloody Valentine reverb-heavy big pop song aesthetic. It works as well as anything the band have put out before but fails to create a stir in your belly, mainly as one suspects someone in a suit asked for 'another hit'. As the EP's title track rolls into the 'Silent Night' cover the music starts to wash over: nice but barely affecting. What is striking about the album is that bar the first and last tracks, no real spirit of Christmas is evoked at all. Nobody is asking for jingle bells and Noddy Holder, but it seems odd that for such a talked about project, A Snowflake Fell could have worked as a series of effective B-sides or bonus tracks on the aforementioned album package.

Whilst my love affair with Glasvegas remains firmly on the rocks, this EP is a perfect accompaniment to the band's album proper and will provide ample new material to play when the band tour in 2009. They have something special, Glasvegas, but I'll be damned if I can work out exactly what it is.