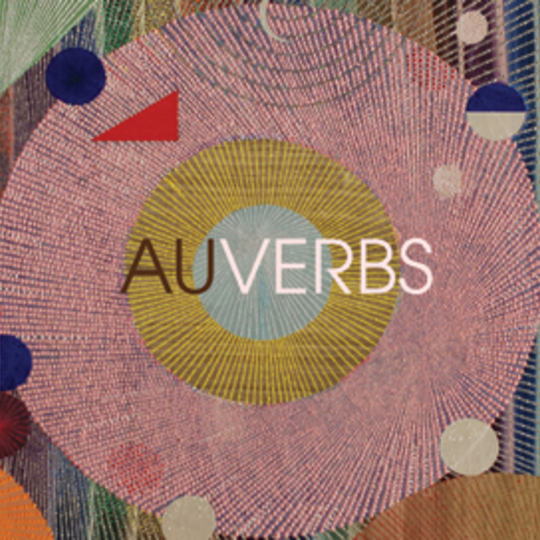 In the great tradition of pigeonholing bands to death, Au sit somewhere between the avant-folk of Animal Collective, the kitchen-sink experimentalism of their Portland, Oregon compatriots Menomena, and psych-out 1960s forebears The United States of America and Silver Apples. A sprawling collective endeavour centred around the classically-trained pianist and multi-instrumentalist Luke Wyland, Verbs is Au's second album, and it builds satisfyingly on the promise of their self-titled 2007 debut.

The resounding jazz chord which opens proceedings, cymbals flickering around a rolling piano line, is soon joined by a large choir (the 'PDX Ecstatic Singers'), the overall effect giving an impression of the ceremonial that's deeply reminiscent of the late-60s work of tenor saxophonist Pharaoh Sanders. If the effect is a little like taking-off, that's fitting for an album that best rewards being absorbed in a single sitting: Verbs is undoubtedly a trip.

If psychedelic jazz is where we begin, it soon becomes apparent that eclecticism is something very dear to Wyland and the 25 (including those Ecstatic Singers) musicians he's gathered together on this album. As 'All My Friends' bleeds into 'Are Animals' the gears shift and a funky organ bassline begins bubbling between horn stabs, an ululating choir, and snatches of falsetto vocals provided by Ah Holly Fam'ly's Becky Dawson.

Setting up an ebb and flow rhythm that persists for the entire album, 'Summerheat' is a lazy, saw-speckled lullaby that meanders away prettily before waves of banjo, guitar, upright bass and busy drums bring it to a surging climax. And in case the various 60s-era influences haven't been explicit enough up to this point, the jug-band freak-out of 'RR vs. D' grabs listeners by the ears and shoves them face first into the acid-laced Kool-Aid, its playful, handclap-accompanied melody collapsing into what sounds like a full marching band hopped up on more happy pills than is strictly advisable. It actually sounds so insane that if you live in a built-up area you might be advised to close your windows before really cranking the volume, just to avoid a concerned neighbour calling the authorities.

Wyland's mastery of chucking everything into the pot and somehow avoiding it all resulting in, well, a dirty great mess, is exemplified by 'All Myself', which marries a Romantic piano motif to plaintive vocals, a sturdy bass trombone foundation and mournfully trilling clarinets. It's an utterly captivating marriage of disparate styles, which becomes even more extraordinary when it breaks into a lengthy outro built around piano playing that, if you were to strip away the wind and brass accompaniment, wouldn't sound out of place on a Little Richard record.

This inspired blending of styles also lies at the heart of Verbs' climactic track, 'The Waltz', which bursts into life following nearly five minutes of brilliantly sustained free-jazz tension building. Ostensibly a continuation of the preceding track with the addition of a blissful choir and a steadier underpinning rhythm, the bass clarinet that soars above the track sounds uncannily like the Clarence Clemmons saxophone solo from Bruce Springsteen's 'Jungleland'. And with that final piece of joyous music-making, Verbs recedes into the gentle steel-guitar descent of 'Sleep'. Au have picked us up, shaken us around, and laid us gently down again. It's been a memorable ride.