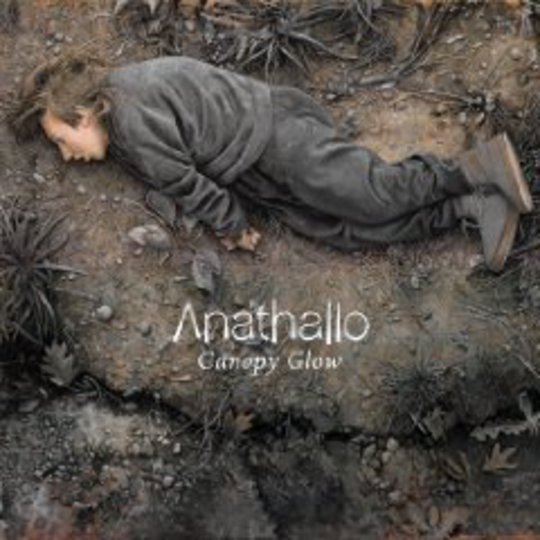 Working around an open-door policy with its members and having produced whimsical, eclectic and often downright baffling indie-pop for many-a-year now, that the new album from Michigan-formed, Chicago-based collective Anathallo (and first that sees them part of the widely admired anticon. roster) initially proves impenetrable should come as little surprise to many.

Negating the disturbing, photo-realistic painting that adorns its cover for now, let’s concentrate on the positives. Pitching the band somewhere between the ethereal splendour of Sigur Rós, exuberant pop fancy of The Most Serene Republic and joyous clatter of Efterklang sounds about right; as with these acts, a luminescent sense of invention abounds. Unfortunately, it also accounts for a sometime lack of focus – as expansive and aurally inviting a world Anathallo create, it can occasionally feel disingenuous: pretty and clamouring in its attempt to communicate an otherworldly atmosphere, but lacking any significant, enduring impact.

Of course, to assert as such will no doubt precipitate horrified cries from certain quarters. Returning to the cover art by way of example then – of a small boy in sweats and what look like fleece-lined slippers lying motionless on a pastel-grey woodland floor, face startled by fright and looking very much bereft of life – what, exactly, it’s imparting is beyond me. It’s striking and thought-provoking, certainly; one explanation perhaps arising in the lyrics of ‘The River’, that see its subject “snagged and wrapped, in the petes damned and trapped…passed beneath the canopy glow.” Maybe. Incidentally, said track is one of the very strongest here, bolstered by piano, trumpet, glockenspiel and glistening electric guitar and strings.

The effective union of these instruments occurs time and time again on Canopy Glow, though it’s on ‘The River’ they’re married to vocal melodies as precise and thoughtful as they are pretty; the following ‘Cafetorium’, to give it its dues, also builds confidently and steadily. Check ‘Sleeping Torpor’, also, where suitably haunting, spectral vocals relay an abstract tale based around – and this is but one writer’s surmising – two fearful, hidden children, holding their breath as they draw comfort from each other. When Anathallo play it this way, their ambiguities signposted, their musical tapestry restrained – rather than exposing all their cards at once – they’re truly a force to be reckoned with. Culmination of all these things arrives in the form of ‘All The First Pages’, which assuredly strides towards the anthemic.

But therein lies the problem. For whatever reason – most likely simply that there’s so many of them – Anathallo’s stumbling block remains their inability to rein it in, to contemplate light and shade; ultimately, to play to their strengths as opposed to blithely acknowledge them.

If this perhaps sounds unduly critical, it’s hopefully tempered by the tacit admission that, in terms of what they’re doing – where they’re pushing their music, live show and what specific acts they’re drawing inspiration from – they’re aeons ahead of many; indeed, this album is never less than interesting. It’s just that with but a touch of discipline, they could create something truly magical – as often glimpsed throughout Canopy Glow – as opposed to something as mystifying as it is fine. “Isn’t everything strange?” they ask on ‘All The First Pages’. Yes, yes, it is: as is this odd, nebulous, beautiful, frustrating record.