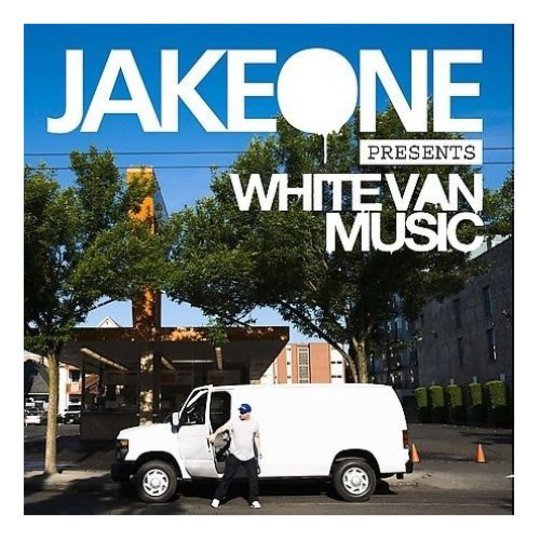 I don’t know when hip-hop grew a conscience. Perhaps it was when It Takes A Nation Of Millions came out, and perhaps that is why I appear to have a hitherto unimaginable "clean" version of a hip-hop album. That’s right: no black and white "explicit lyrics" warning sticker slapped on the front of the case, just a lot of edited cuss words. I can only equate this rather irksome experience to Bill Hicks’ dalliance with European porn (for those that don’t know, I refer to Sir Bill describing how blue dots covered up the more "interesting parts"). Remarkable, really - I remember the first time I heard Straight Outta Compton: the best part was the violence and swearing, because it was so far removed from my young and innocent life. Alas, I must contend with the shh...

Jake One - a man employed by, amongst others, the likes of Fiddy and De La Soul - launches his solo career by featuring no less than 20 guest rappers on his debut album - an album that spans a paltry 22 tracks. Seriously though, considering that only four songs on White Van Music are skits, and if you’re buying the physical product, you’re getting value for money. But it’s not all about quantity.

Taking cues from DJ Premier, JDilla and Dr Dre, Jake mixes East and West coast hip-hop styles resulting in thick, Gfunk inspired instrumentals covered in lyrical styles that, if they were meat, would stretch between prime cuts and offal. There are few who would doubt Jake’s ability to lace a beat together. Nevertheless, in these electronic times when producer and artist needn’t be in the same country to create a track, producers can no longer control everything.

'The Truth', an East Coast jam featuring Freeway and Brother Ali pre-empts a series of flaming West Coast platters, which are all followed by the two best tracks on the album. 'Oh really' features De La Soul’s ever dependable Posdnuos, along with Felt’s Slug who produces some of the best verses you’ll hear on this disc.

But that's just foreplay leading up to the impending arrival of MF Doom, spitting heavy over the Tarantino-esque surf-guitars that soundtrack 'Trap Door' before he appears again on 'Get ‘er done’' which, incidentally, starts with the line: "Make no mistake, son, it’s Jake One / He makes beats well like I likes my steaks done." Aftermath golden boy Bishop Lamont links with Busta Rhymes to good effect on the gangsta styled 'Kissin' the curb', but it’s around this point that the quality starts to diminish.

The music to 'Scared' is reminiscent of Common, yet Blueprint tells a murderous tale that ends in a wholly unrewarding conclusion, rendering the inclusion of the song a mystery. Meanwhile Elzi and Royce Da 5’9”, much like Young Buck, typify what is wrong with the album: paying little attention to the music, they forgo any necessary adjustments in style which simply results in a distinct lack of grace and attitude.

Jake One may not be the "perfect beat-maker" he proclaims to be, but on the occasions when he finds the right connection, he can be tough to beat.

Now tell me where I find the explicit version!