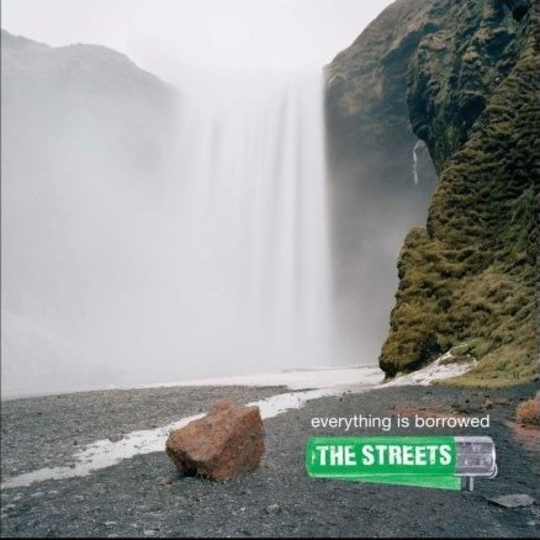 Some artists reach a point in their careers when it’s time to retreat from reality for a while, to go into artistic hibernation, and when they return it’s with a dazzling new gem; I’m thinking Leonard Cohen spending five years in some Buddhist hellhole and coming back to Boogie Street with 'A Thousand Kisses Deep', The Beatles fucking off to India to swap drugs and women with the Maharishi then sending the whole thing up with 'Sexy Sadie', the guy from Bon Iver starving out the winter in a shitty cabin in Wisconsin, and I just know Robbie Williams’ post-alien hunting album is going to be a real tour de force.

Mike Skinner, aka The Streets, on the other hand, seems to have done little else with his time than smoke a lot of pot, skim read a few chapters of The God Delusion and jog a bit in the two years since his last album, and now considers himself ‘all enlightened an that’. The result is like a musical cab ride from hell, a forty-minute endurance test of half-baked cockney cod-philosophy.

To be fair one tune, ‘The Escapist’, out of the ten or eleven stinkers on there doesn’t immediately make you want to empty your tummy bag all over the floor, but even that is marred by Skinners’ knack of confusing the prosaic and the profound, resulting in the sort of navel-gazing lyrics that only stoners and spiritual weirdos could get excited about; “All these walls were never really here, nor the window or the chair” Wow, deeeeeeeeeep maaaaaaaaaan. _

If you’re the sort of person who wouldn’t think twice about consulting Jeremy Kyle, The Bible, David Icke or ‘Dr’ Gillian McKeith for life advice, this smorgasbord of self-help platitudes might just be a Godsend. But anyone who finds the moral superiority of reformed junkies irritating in the slightest should stay well clear, this record reeks of rehab. Philosophy-rock really, really sucks. Thank Baby Jesus the next album will be his last.

'The Escapist' by The Streets
Log-in to rate this record out of 10
Share on
Love DiS? Become a Patron of the site here »