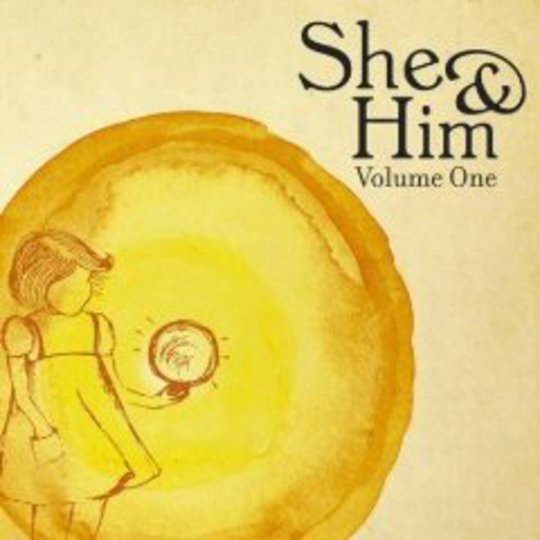 Despite coming off the dual stink-fest that is/was M Night Shyamalan’s_ The Happening_ and the hapless_ Wizard of Oz_ adaptation_ Tin Man_, indie ingénue Zooey Deschanel retains a degree of affection amongst the public that other flop ridden stars like Winona can’t quite maintain.

Having sang in character in films like_ Elf_ and_ The New Guy _as well as being part of a jazz cabaret act for the last few years, it’s no surprise that Zooey has teamed up with M.Ward for her first album proper - as the two-piece She & Him. Not that we can be surprised about anything after Scarlett Johansson made a decent album of Tom blimmin' Waits covers, of course.

Volume One is a collection of country/folk numbers that prove Deschanel has the range of talents that have eluded other movie stars turned singers. We’re looking at you Keanu. And Russell. And Juliette. And Minnie. And Bruce. With hints of Petula Clark, (M.Ward collaborator) Conor Oberst, Karen Carpenter and Jenny Lewis, there are enough aural focus points for movie-sized audiences to catch on to the record. Not that they will. Deschanel, who is credited for all the original tracks here, clearly has an ear for classical pop sounds – Hal David and Burt Bacharach wouldn’t be ashamed of tracks like ‘This Is Not A Test’ and opener ‘Sentimental Heart’.

Despite the subtle touches of Ward, the real sensation of She & Him is Deschanel’s voice. It’s sultry, yearning and quizzical. It’s sweet, naïve and cultured, even cheeky in parts – it’s a revelation. In ‘Sentimental Heart’ her raised intonation at the start of every few words pulls life into every line. She draws herself into listeners’ hearts with an oral winch. It’s a testament to the strength of her style that she adds more than Live Lounge karaoke to Smokey Robinson’s ‘You Really Got A Hold On Me' and the Beatles’ 'I Should Have Known Better’ which is interpreted as a country luau.

Volume One is deeply sentimental record, its closest modern relation being Feist’s The Reminder. It’s the sound of Chuck Schultz’s Peanuts, dusky ‘70s Californian sunsets and the sound of a talent transcending her artistic straitjacket. Here’s to volume two.