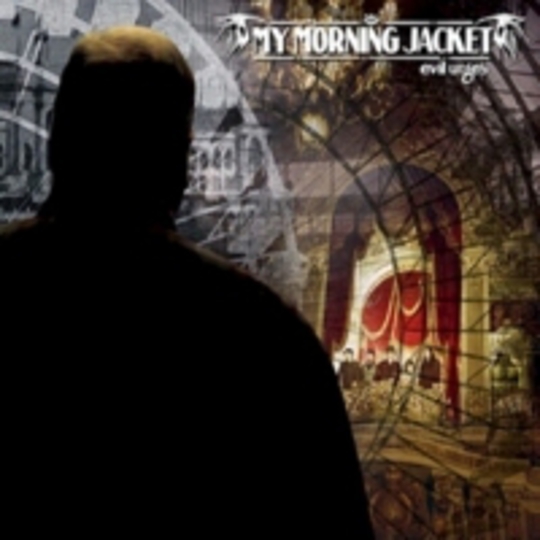 ‘Ambitious’ is a term so often used in music to prepare the audience for something slightly different, a little daring, maybe even something that doesn’t always work so well but generates general applause because, hell, at least they’re trying, but when the ambition in question is emanating from one Jim James, whose My Morning Jacket can be varied enough anyway, Evil Urges could quite literally be anything.

Truth be told, the fifth album from the Louisville quintet isn't too far from the critically-acclaimed previous album Z, the country-tinged classic rock joined this time around by elements of funk, disco, electro and electronica, though whether it works or not is a separate issue. ‘Highly Suspicious’ yelps and howls through three minutes of electro-funk like a low-rent Prince, with a troop of stern-sounding backing vocalists only heightening the sensation that the song might be so atrocious that it becomes hilarious, whilst a little later ‘Thank You Too!’ is a slow-dancing power ballad capable of conjuring up the most horrific of 1980s Top Of The Pops flashbacks, all cream suits and slick hair slowly swaying to jazz guitar and soft-focus harmonies, as the slickly-reclined 'Sec Walkin' sways dangerously close to Bee Gees territory.

All this happens within a few tracks of each other, but whatever you make of the first half the strength of the second is Evil Urges’ saving grace. ‘Librarian’ is MMJ finding their fragile feet, dressing up the stereotypical sexy librarian fantasy as a tender blues-country ode to lusting daydreams, the faintest suggestion of a sleazy intention concealed behind the gentle lounge beat that features so heavily throughout the slow points, although James' thin-voiced crooning communicates only innocence amidst references to “the interweb”, a desire to learn about life's secrets and several references to "the Lord" presenting an almost endearing naïvety.

When things speed up, ‘Remnants’ resembles Guided By Voices at their commercial peak; a collection of short, high-gain guitar solos connecting each segment of hard-hitting uptempo indie-rock, whilst ‘Touch Me I’m Going To Scream Pt 2’ brings the album to a satisfying eight-minute conclusion, a four-to-the-four disco beat progressing from ninety seconds of electronica in a slow-building introduction, the bleeps 'n' blips strewn across the song throughout as the elements of rock, disco and electro combine in a way which evades the rest of Evil Urges. It goes some way to undoing any damage done earlier on, although even after you've tuned yourself into this album's reasonably obscure wavelength, many of the moments that jarred you initially will still do so a good few listens in.

Given time even the more experimental first half falls into line, the funk-rock 'n' falsetto of the title track coming good only to be outshone by the drum-machined groove of 'Touch Me I'm Going To Scream Pt 1'. Where the separate parts of the first half didn't gel – the chopping and changing of different styles too much to take in, perhaps, in too short a period - the second part is much easier to handle, and whilst the strong finish isn't enough to stop it falling short of Z, Evil Urges does find its own place given time. Perhaps it is guilty of trying too hard to be different in places, but surely we shouldn't judge My Morning Jacket too harshly for that, in the wake of such ambition.