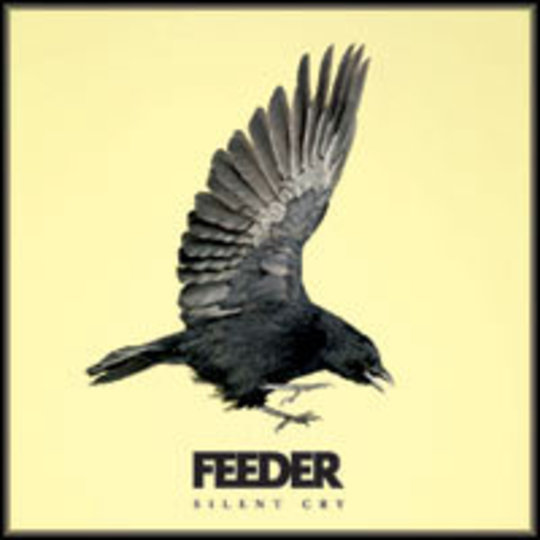 Hands up all those who stopped caring about Feeder once the ‘90s ended. Both 2002's Comfort In Sound and 2005’s Pushing The Senses collections seemed to confirm the band had joined the pipe-and-slippers Snowplay generation, less than a decade after initially emerging as – don’t laugh – one of British rock's serious threats to the stateside domination enjoyed by the likes of Foo Fighters.

They may have chosen to "drink cider from a lemon" later on in their career, but at its outset Feeder were one of those bands that never quite managed to fit in with the zeitgeist of the time, and were all the more cherished for it. It’s unlikely they’ve ever been anyone's truly favourite band, but they were virtually impossible to be offended by at the same time, and even during the late ‘90s when Liam, Damon and Jarvis dominated the alternative section of the mainstream, Feeder were busily making their own waves via a clutch of impressive singles that would pave the way for bands like Muse, who supported the trio on a number of dates.

While Muse’s star continues to ascend, Feeder have always seemed quite content to shun the limelight. It was only by the time of 1999's Yesterday Went Too Soon - one of the most underrated albums of its decade - that people realised here was a band that had to be taken seriously in their own right, rather than as a well-travelled support act. Previously seen as too pop-orientated for the rock market but too loud for the Britpop circuit, Yesterday... mixed the two like peaches and cream. Anyone who can’t admit to having a soft spot for the title track or the frenetic Therapy?-baiting 'Insomnia' needs to book an appointment with their otologist.

Fast forward into another decade, past the tragic suicide of original drummer Jon Lee, and you find a band in turmoil. Vocalist and guitarist Grant Nicholas and bass player Taka Hirose had lost their way, but who else can honestly say they wouldn't have been similarly affected by the death of a bandmate and friend. Skipping the forgettable material of that opening paragraph, their recent live shows, featuring the re-introduction of early-period material, suggested that they would soon trace a path back to their roots, to the good old days and all that.

Nearly two years in the making, Silent Cry is the result of a few steps backwards in the name of progression. Gone are the clumsily worded, maudlin semi-acoustic ballads that punctuated Pushing The Senses. Also absent are big-name producers like Ken Nelson, Stephen Street and Gil Norton. Instead, Nicholas has pretty much single-handedly taken on the recording process for the first time since their Swim EP days, and as a result Silent Cry sounds all the more charming, naturally flowing, and resurgent for it.

Make no mistake about it, this is a return to form for an outfit long written off by fans and critics alike, and rather than chasing the tails of insignificant others or fulfilling contractual obligations, the majority of Silent Cry feels like a record that was made with a huge weight lifted from its shoulders; that weight being one of expectation.

No longer at a stage where they have to impress record industry tastemakers or fickle, scene-hungry punters, Feeder have created a record here that Nicholas said back in 2006 they were going to do all along. It does feature a "heavier sound" that probably won't sit well with daytime radio pluggers, but ensures their relevance remains despite a turbulent decade to date.

Opener and lead single, and possibly the album's weakest track, 'We Are The People' is an overwrought statement of worthiness that doesn’t make the best first impression, but even in its fading coda of "Let's step it up again", the impending sense of urgency never wanes. What comes next is a dynamic brace many thought Feeder had dispensed with many moons ago: 'Itsumo' and 'I Miss You' both kick ass in a way many people had forgotten this band were ever capable of, and added to the aggressive pomp of 'Who's The Enemy' ("Running away, losing our way, we're fighting with ourselves but who's the enemy?") and the white noise of 'Guided By A Voice' ("It's our time so think about it"), Feeder have unleashed their most incisive, pogo-friendly statements of intent since the halcyon days of _'Insomnia' and 'Seven Days In The Sun'.

Silent Cry isn't perfect, and given their past efforts no one could have expected it to be. But it is light years ahead of the dreary sludge their material after Lee’s suicide had come to represent, and in the closing, Black Holes And Revelations-styled 'Sonorous' contains their most audacious four minutes to date. A remarkable turnaround then, and although not quite a 360 degree shift, this is a damn fine record that Feeder should be proud of.