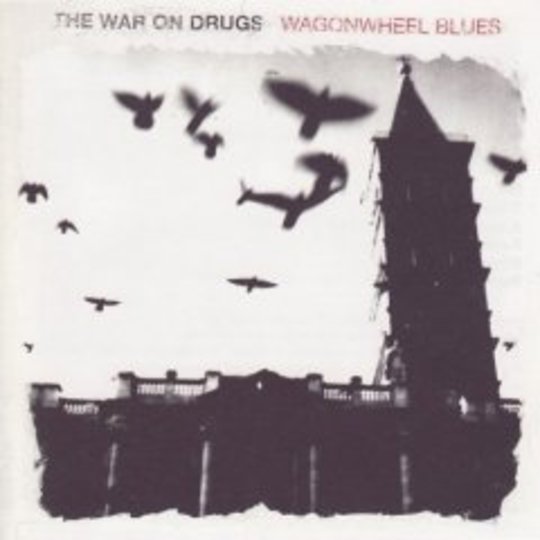 There’s something so wonderfully familiar to The War On Drugs’ music that it almost fails to register on first impression. A five-piece from Philadelphia who originally bonded over a shared love of Dylan, their debut LP, Wagonwheel Blues, does what so few bands seem capable of accomplishing by expressing a love of classic rock without ever once falling into the trap of boorish traditionalism.

They do it by fusing the traditional Americana of Springsteen and Dylan with the experimental drones and tics favoured by the Sonic Youths and My Bloody Valentines of the world. These may seem like strange bedfellows to some, but if an Animal Collective weaned on a steady diet of The Boss and The Band sounds appealing, then congratulations, because you just may have stumbled across your new favourite band.

Cynics will argue that The War on Drugs are just another case of career-minded east coast boys adding a bit of exotic window dressing to otherwise bog-standard 21st Century indie. But delve into the Eno-like ambience of_ ‘Reverse the Charges’ or the Tom Petty meets J Spaceman fuzz of ‘A Needle In Your Eye #16’_ and you’ll find a barrage of influences successfully feeding into each other as they form a unique core that pumps confidently away at the heart of this record.

So while the harmonica-filled jangle of opener_ ‘Arms Like Boulders’ should rightfully be placed next to Wilco on the shelf, the extended guitar workout on the ten-minute _‘Show Me The Coast’ sits more comfortably alongside the recent work of Bradford Cox and company. Put all nine songs together in a line and they create an album full of gentle surprises that never jar; instead they slowly reveal their charms in a manner that never feels forced or rushed.

Which brings us back to the first point: The War On Drugs may appear to dwell in a familiar place on initial impression, but give Wagonwheel Blues time to grow and you’ll discover a band carving out a special niche of their very own.