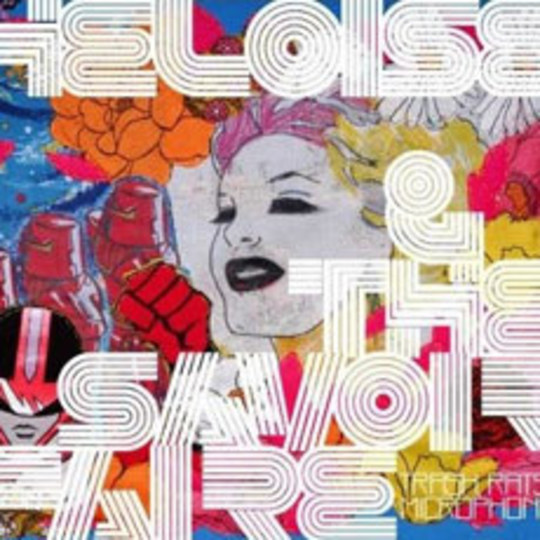 A yin always comes packaged with a yang. A cause always has an effect, and it looks like the recent disco brilliance of Hercules & Love Affair requires us to now endure the disco-flavoured pop-rock of New York’s Heloise & the Savoir Faire.

Fronted by one time Peaches roadie Heloise Williams, the group’s debut album Trash, Rats and Microphones dabbles in the disco pop schlock that, for a short time, made the Scissor Sisters a genuine crowd pleaser among the masses. Following in their glitter clad footsteps, it’s clear Heloise & the Savoir Faire are firmly crossing their fingers in the hope that songs like ‘Pick n’ Choose’ will assist them in making that hazardous leap into the mainstream’s affections. The track may tick boxes once carefully marked by Gwen Stefani and crew back in the day, with a dash of punk-light tossed in here and there, but all that’s really on display is something akin to a best-left-forgotten Republica b-side.

The descriptive we’re looking for here is ‘shallow pastiche’. Every attempt to forge a disco stomper collapses into turgid pop rock of the lowest order. Even the appearance of a slumming Debbie Harry on ‘Downtown’ and ‘Canadian Changs’ does little to liven up this weak willed excuse for a party. Her presence only serves as a reminder of how brilliant this type of pop can be when done with the skill and vision Blondie had back in the day.

Trash, Rats and Microphones simply begs the question: what was Elijah Wood thinking when he signed Heloise & the Savoir Faire to his Simian label? ‘Savoir Faire’ may literally translate from the French as ‘Can Do’, but a more appropriate choice may have been something along the lines of ‘Gros Merde’…