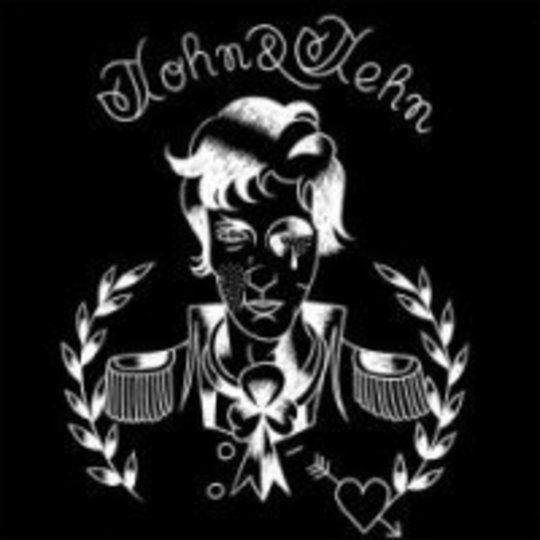 Chemistry’s a notoriously tricky pixie to bottle on record. If French-born London émigrés John & Jehn don’t quite succeed in nailing the stroppy friction of their live shows over the course of their self-titled debut, third base is at least within groping distance.

The romantically-involved duo’s sometimes-dirgey, sometimes-sprightly blues-inspired shoegaze reeks of existentialism at the movies; music to trace moody circles on your lover’s back to while smoking loftily and gazing absent-mindedly out balcony windows.

On purely referential terms they’re as hip as they come – ‘The Fall’ is reminiscent of Spiritualized’s maximalist drone flipped coolly on its head, ‘You Far Away pulses with the austere menace of early Velvets and ‘Lady Spider’ recalls Pixies at their most psychotic and lib-id-inous.

Admittedly there are moments here that teeter on tunelessness and opener ‘DOM’ is definitely a step in that direction, but followed by the expansive guitar scrapes and cushioned bounce of ‘Fear, Fear, Fear’ it becomes an effective scene-setter and with a little more levity you can imagine there’s higher gears left in them yet.

If parts of John & Jehn are all tension and no release, it only serves to reinforce the notion that a second bout from this lot could get very messy indeed: better start praying your next relationship sounds this good.