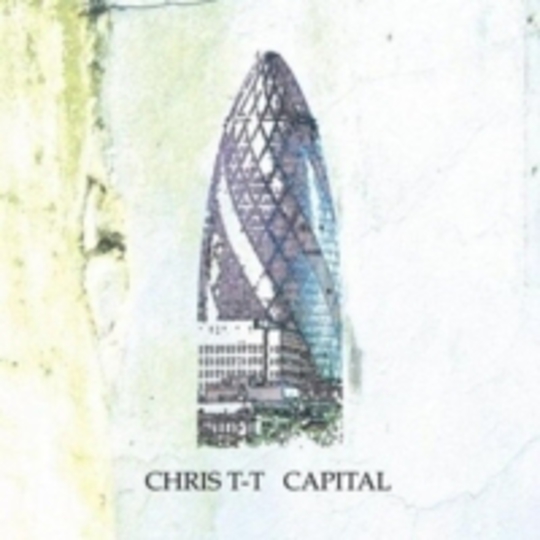 Once acclaimed for a string of cheery tongue-in-cheek pop songs, Chris T-T’s career trajectory somehow found him hailed as political folk songwriter with the finger-point-‘n’-wag of 2005’s 9 Red Songs, via a series of increasingly sinister concept albums about the gradual fictional demise of London.

The trilogy-closing Capital – see also: The 253 (2001), London Is Sinking (2003) – is a despair-riddled story arc, a series of fictional tragedies set to pop music centred around a city at breaking point, from references to curfews, armed police and increasing civil unrest to first-person tales of unnamed characters, from a widower’s belated letter to his deceased companion detailing recent events on the estate in ‘A Box To Hide In’, to the anguished plea of a man who breaks his lover’s ankles in an attempt to save her from some unmentioned worse fate. But you’d never know Capital was so dark if you go by the musical tone alone – ignore the lyrical content’s rapidly-fraying patience and this is still a pop record; chorus-based and conventionally arranged.

T-T narrates this series of short stories with his almost boyish Southern English vocals, backed by a simple full-band set-up of bass, guitars and drums and the odd burst of keyboard, the acoustic-strummed ‘Let’s Do Some Damage’, bouncingly-breezy despite being a tale of urban boredom, recent single ‘A-Z’ and ‘This Gun Is Not A Gun’ forming the most radio-friendly of its indie-rock high points, each one softened in places by the sweetest of female backing vocals, taking it into indie-pop territory, sans handclaps. The unruly ‘Where Are You?’ is the album’s surprise highlight; broodingly-scuzzy, down-tempo, almost grungey, with all the soaring altitude of an anthem but the instability of an emotional drunk by 8pm on a Friday.

It’s good then, but Capital is by no means perfect. Whilst some will be dissuaded by the theatrical touch or fabricated setting, the most common stumbling block will probably be that it’s not quite as immediate as you’d like. The big hooks here aren’t always as sharp or memorable as on some of T-T’s previous efforts and it takes a frustrating first few listens before the album begins to reveal its true excellence, not aided by the monotone, emotionless, almost robotic chug-along of opener ‘(We Are) The King Of England’ presenting something of a underwhelming first impression.

And whilst the idea of point-of-view accounts from anonymous sources about rarely-confirmed events which could probably all be filed under ‘Bad’ or ‘Very Bad’ might seem frustrating, to some perhaps even pointless, its execution means it becomes gradually fascinating, the contrast of the light music and dark lyrics and speculative nature making for a broad spectrum of appeal within its own indie sphere.

A fine example of immersive storytelling through indie-rock, even if it’s probably not for bedtime.