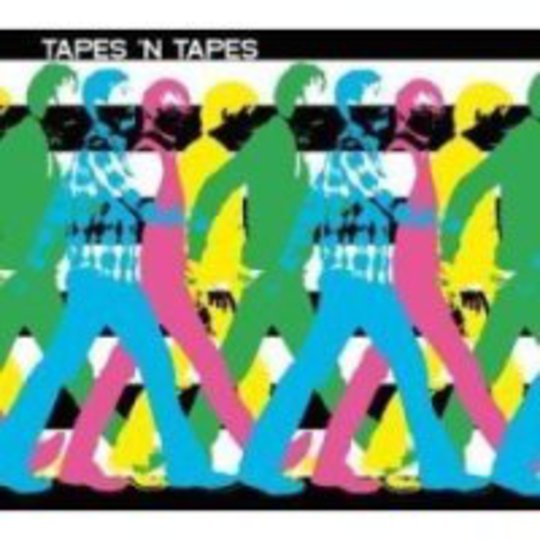 It’s difficult to know which has followed Minneapolis four-piece Tapes ‘N Tapes most doggedly since their 2006 debut; the comparisons with Pavement, or a persistent collective response we might charitably christen as ‘favourably indifferent’. Kicking up a sizeable shitstorm of publicity off the back of some salivating blog-based eulogies, The Loon was damned with faint praise in some quarters as adroit pastiche of various established alt-rocking troupes, Malkmus’ consciously stumblebum outfit being chief among suspects.

In hindsight critics needn’t have exhaled quite so loudly; The Loon holds up well as a record of unflashy depth and confounding character two years down the line. Even so, there remains the lingering notion that Tapes ‘N Tapes would have to pull something pretty special out of the bag if their fractious relationship with expectation – unfair or otherwise - is ever to be reconciled.

To that end, Walk It Off is a beefier-sounding record than its predecessor, played with an arm-swinging confidence that borders on belligerence. Not as light on its feet as The Loon in songwriting terms, the more raucous tracks on Walk It Off sound pissed and engaged in a losing battle with a thicket hedge. Promisingly, they succeed in conjuring a great moment almost at the hitching of the curtain, someone apparently setting off a fire alarm in the middle of ‘La Ruse’’s eye-rolling pummel and the band responding in kind with a performance of drilled, Pogues-ish intensity. Hardly next-level stuff, perhaps, but an agreeably bad-tempered opener.

More so than the bothersome Pavement comparisons it’s Modest Mouse’s raving sea shanty vibe Walk It Off most pungently recalls - from the aforementioned opener to ‘Headshock’’s seasick waltz, which effectively showcases the band’s flair for subtle rhythmic interplay, there’s a bug-eyed lucidity about Tapes ‘N Tapes that only partially masks a disconcerting off-ness.

‘Hang Them All’’s funk riffs and jittery momentum have all the spooky satisfaction of headlamps down narrow country lanes, and ‘Time Of Songs’ builds carefully on The Loon’s template, sounding not unlike recent bloggists’ squeeze of choice MGMT minus the hokey transparency, and underpinned by a poised bassline like woodland creatures basking in moonglow. But many of Walk It Off’s best moments sound stumbled upon mid-recital rather than left there by design: the way ‘Lines’ suddenly gathers dark momentum after a sluggish first half, or the martial drum rolls and free-roaming bass on ‘Conquest’’s clever middle section.

As a result we get some fine performances wasted on indifferent material, particularly toward the record’s back end: ‘Blunt’ rocks out in lieu of proper ideas and is one of several tracks to trade off Josh Grier’s enigmatic upper register for a mushy, distorted mid-range, and ‘George Michael’ circles mournfully as if traumatised by its own lack of a tune, before ‘The Dirty Dirty’ restores some balance, hobbling around menacingly on a peg-legged kraut groove and robotic, one-note riff.

There are enough sturdy ideas in Walk It Off’s first half – just about – to ensure Tapes ‘N Tapes’ good ship stays afloat for a third bout, and it’s definitely a record that’ll reward repeated plays, but with the twilit otherness of The Loon largely evaporated here, it’ll need a change of tack to put the wind back in their sails and set the blogosphere to reeling once more.