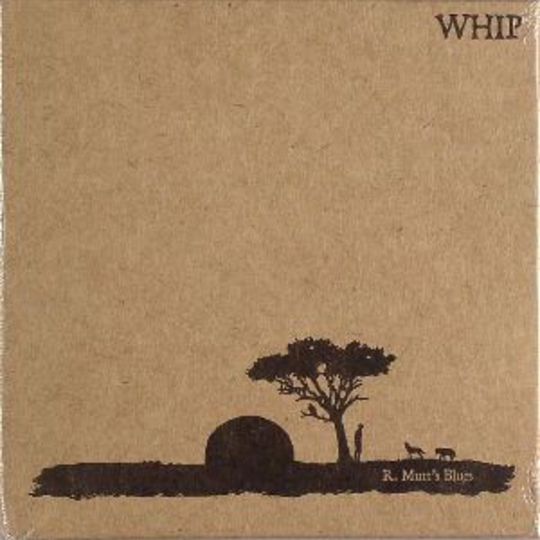 I, for one, don't really understand why Yndi Halda are so lauded, but I'm willing to assume that I'm probably just wrong and sweep it under the rug... interesting, then, that an EP released on one of the band members' own little label should be so far removed from what you might expect. Whip is Jason Merritt, a man with an impeccable sense of placement and timely use of the right sound. A true craftsman, his EP R. Mutt's Blues is a masterclass in temporal restraint and letting an audience have just about enough of what they want.

Along with The Low Lows, Whip seems to be making the campfire sadness darker than most, but making it beautifully repressed, almost bashful in its expression. The opening 'Beast Of Each' bubbles like a cauldron about to explode, but in such an unfussy way that you might forget you'd even put it on the boil, while 'Swim For Sure' tells beautifully and evocatively of “the city in the street” and “the country in the rain”. What's better than the word paintings, though, is the menace within, and the knowledge that (in the song) these are things we have to swim to escape from.

The final nightmarish folk shanty of 'Wrecking Crew', though, hints at something considerably darker still. Merritt's doleful Bill Callahan-esque voice barely rises above a whisper until it really needs to, another example of the extreme care and meticulously escalated construction on display. If only there were more diversity in emotion, a slight alleviation of the bleakness, then a full-length album could easily become a minor triumph. As for R. Mutt's Blues, we can happily wallow in impeccable, impenetrable countrified darkness as the squeals of effected guitar swell up around your knackered ears. Chilling.