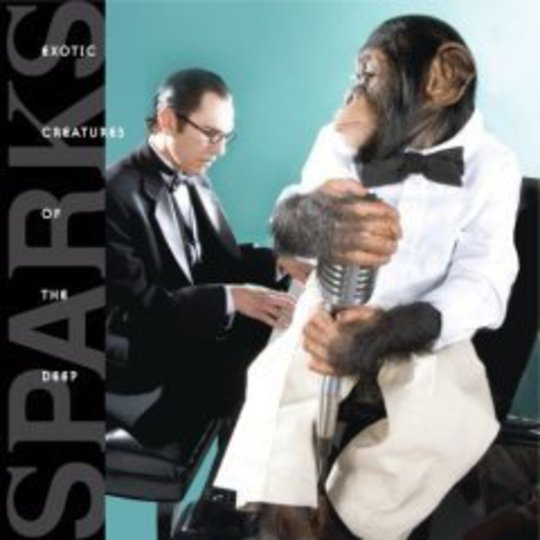 Looking back through the annals of their 37-year career it really is difficult to find anyone with a bad word to say about either of the Mael brothers. To gloss over the discography of Sparks is almost like charting the exact point where many lesser artists got their divine inspiration from to make music in the first place. If it wasn't for 1974's groundbreaking Kimono My House long-player it would probably be fair to say that the whole futurist/new romantic scene would have had nothing more to go on than the odd tired Mick Ronson riff. Likewise, people such as Talking Heads and, later on, The Scissor Sisters’ dalliance with disco as an alternative to alternative rock music.

There's always one that has to be different, and that one happens to be me. Having been fascinated by Sparks from an early age – by Russell Mael's pitchshifting falsetto, or brother Ron's Hitler-esque moustache – they’ve always been one of the most idiosyncratic, genre-transcending and downright confusing acts since the hippie dream of the ‘60s ended. The one thing that has let them down is a distinct lack of quality control with their music. Prepare the firing squad now, if you must, but to these ears Sparks haven't made a great album since 1979's Number One In Heaven, over a quarter of a century and twelve LPs ago.

Pardon me then for being sceptical about Exotic Creatures Of The Deep. Gone are the days when producers such as Tony Visconti and Giorgio Moroder were queuing up to work with them; everything's done in-house now, each of Exotic Creatures Of The Deep's 13 pieces having been written, recorded, tweaked a bit and then finally produced by the Mael brothers themselves. It's not their first attempt behind the desk – they’ve been messing around in the control box for years – but this is certainly the first record to bear the Sparks brand that doesn't feel like a pastiche what came before it.

After some so-so releases, this record’s quite an exquisite statement of intent. It almost fits together like a film score to some Berlin cabaret-themed extravaganza that, between its evergreen waltzes and glitter-fuelled stomps, somehow manages to namecheck Morrissey ('Lighten Up, Morrissey') and Photoshop ('Photoshop') among its subject matters.

And that's what makes Exotic Creatures Of The Deep such an interesting and deceptively ambitious record. Not only is Russell Mael still capable of using camp innuendo to mock himself, as on album closer 'Likeable', but he's also not afraid to put those who owe him and his brother a debt of gratitude - however small - in the public spotlight.

Oddly enough, Exotic Creatures Of The Deep may open up a whole new fanbase for Sparks, as there are more than enough radio-friendly moments here to keep the programme schedulers happy day and night, which can only be good for the Maels' retirement fund. Everyone's a winner, then. Well, almost everyone... Steven, your taxi is waiting outside.