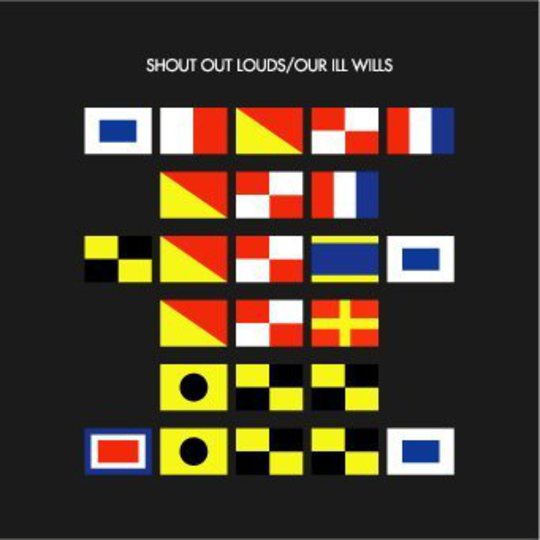 It's fair to say that it's pretty much make or break time for Shout Out Louds. 2005's Howl Howl Gaff Gaff was a respectable enough little record, all twee-as-folk, Cure-tinged indie-pop, but it didn't really set the world (or our ears) alight. EMI UK's neither: they passed over the chance to put out a second full-length.

Now SOLs are back, and this time they've got company (well, we say now but, due to said label issues, Our Ill Wills has been available in the US - and their home country of Sweden - for some time already). The cast of guests includes Peter, Björn and John's Björn Yttling, a long-time friend of the band and the record's producer, fellow P,B&Jer John Ericsson on percussion, and Lykke Li offering occasional backing vocals.

Out go the chugging Strokesy guitars of old, replaced by soaring, orchestral arrangements; whether Yttling or the band's vision, it's a sound that suits them surprisingly well. And, on past form, vocalist Adam Olenius has one of those voices that can occasionally grate so smothering it in layers of chiming instrumentation seems a smart move.

In practice, though, it's only a partially successful one. When Shout Out Louds are good (opener 'Tonight I Have To Leave It', 'You Are Dreaming', 'Suit Yourself'), their perky pop soars, but when they're bad ('Parents Livingroom', 'Normandie'), even the grandiose nature of these arrangements can't mask the fact the songs beneath are ditchwater dull.

Maybe it's a hangover from the first album - there, too, the best melodies really stood out but the rest didn't linger long in the memory. Take the contrast between consecutive tracks 'Suit Yourself' and 'Blue Headlights', for instance: both simple, understated arrangements but the former's gorgeous refrain demands repeated listens; the latter (sung by keyboard player Bebban Stenborg), on the other hand, fails to do much at all over the course of its four minutes.

It's frustrating, because if you took Our Ill Wills' best moments and condensed them into an EP we'd easily be talking an eight or nine, but as it is, the second Shout Out Louds LP is a Jekyll and Hyde record that ultimately flatters to deceive.

Don't Look Back at Brixton Academy, Lambeth, Fri 23 May