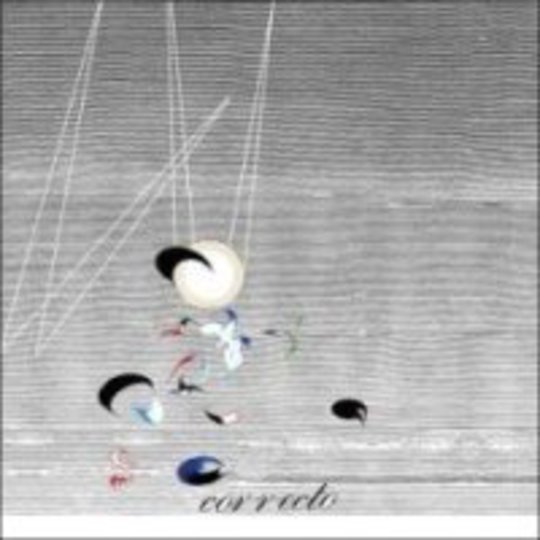 It’s impossible to use the word ‘supergroup’ in connection with Correcto without coming over as a smirking imbecile, implicitly relegating the Glaswegian quartet to a minor-league concern with one ironically-deployed tickle of the computer keys. The band numbers Franz Ferdinand drummer Paul Thomson, Royal We guitarist Patrick Doyle, Richard Wright and Danny Saunders among its ranks – not an All-Star IV by any stretch, but by the same token, hardly a CV to be ashamed of either. So it’s at this point we’ll cast that irksome epithet to the high winds and take the band on their own terms.

Correcto is essentially Saunders' songwriting vehicle, inhabiting a zippy middle ground between melodic post-punk, Postcard’s punch-drunk romanticism and the catchier end of the American alt-rock spectrum. Vocally, Saunders' clipped syllables recall Wire’s Colin Newman and Ray Davies (‘Save Your Sorrow’ has an openly Village Green air about it), and the latter is perhaps unsurprising given his previously-stated love of Davies’ skewed parochialism.

Individual cuts sound tidy: the brisk repetitions of ‘Do It Better’ capture the song’s rat-race themes nicely, and ‘Joni’’s naive exuberance proves infectious enough to get briefly airborne. Trouble is, even in light of the record’s modest aims, Correcto feels underwhelming; the sound of comfort zones idly dwelt in, old allegiances reaffirmed and well-worn formulas reheated. Granted, this is applicable to almost any post-punk revival act of the era, but Correcto tread established paths where their influences blazed a trail - Orange Juice’s chaotic approach occasionally stumbled into grace, Wire’s geometric shape-throwing met with a sharply satirical eye in the lyrics, Buzzcocks’ razorblade romances had the authentic, bitter tang of misspent youth. This is just a polite echo.

Ultimately you’re left with no option other than to compare Correcto with a collaboration between a Wispa and an Aero – pleasant, certainly, but the likelihood is you’d have preferred one or the other, and the chances of it ending up more than the sum of its parts are practically nil.