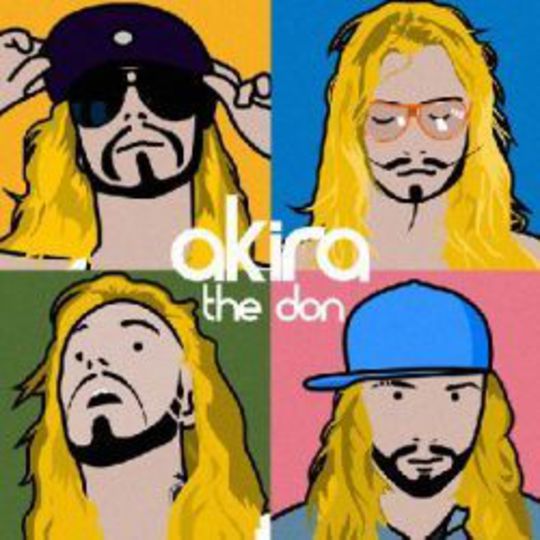 Truth be told, I had been on the verge of setting my fingers to ‘slate’ as soon as Akira the Don’s (a.k.a. Adam Narkiewicz) new mixtape, Thieving, landed on my doormat: the silly, Blur-aping artwork, the token guest spots by grime MCs lending spare cred (see: Lethal B, Bashy), the sheer bum-blowing length of the thing (75 minutes). Not to mention my general antipathy towards all indie hip-hop (yes, even Anticon). Or even the fact that a jokey, white boy twist on urban music is so particularly superfluous at a time when British urban music is as healthy as it has possibly ever been; just check out those primetime Ministry of Sound ads for their bassline mix, complete with ‘Night’ hook, et al. How can music like Akira the Don’s really compete with some of the frighteningly original artists already spearheading urban music in this country into the charts and beyond?

Well, the answer is clearly that it can’t. Yet, despite my initial cynicism, there are passable moments here. Particularly at the start of the mixtape, there’s a refreshing sincerity and energy to the music that lends the album an unpretentious, even endearing, bounce. Early tracks like the disarmingly honest ‘Back In The Day’, or the summery, simple ‘Werewolves!’ really tried to prove me wrong, the MCing not attempting to compete with its more illustrious grime rivals, pleasant in its own limited self-awareness. Even the self-consciously cutesy folk number ‘The Music of the Scene’ has its charm, despite sounding a little like a phone ad cast-off.

Problems arise, however, when Narkiewicz takes the mixtape into genuine hip-hop territory. With a flow more Rudebox than rudeboy, the ‘grittier’ tracks (step forward ‘Dear Baby (Cut You In The Face)’) seem strangely trite and innocuous, the beats dangerously uninteresting. Indeed, the longer the mixtape goes on the worse it becomes, Narkiewicz’s rhymes just not inventive enough to carry an album that drags on for well over an hour. By the time ‘Oh What A Glorious Thing’ comes around the upbeat moments just grate, Narkiewicz’s irritatingly mundane bars rendered comparatively Aristolean next to Bashy’s contribution to the track: “imagine it wasn’t a glorious day… being a Jew at the time of the Nazis”. It’s hard to say whether the mixtape’s nadir is the aforementioned song's sallow Nico sample, or ‘Can’t Go To Sleep’s’ description of rape as “wack”. Probably the latter.