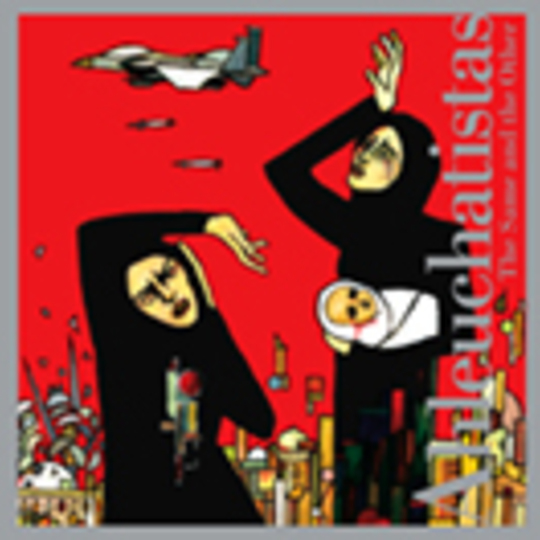 Instrumental-based rock music now seems to fall into two defining categories: post-rock and its largely inter-related sub-genres or free-form avant-garde jazz-tinged noise (a.k.a. unlistenable gubbins). The Same And The Other manages to sit somewhere between the two; not so much a rock and a hard place but more a case of being thrown into the middle of the Sonoran Desert with nothing more than a handmade map and rusty compass as a guide back to normality from such unenviable, stifled wilderness.

Ahleuchatistas are a three-piece hailing from Asheville, North Carolina. Their name can be translated as ‘The Revolutionary Struggle’ and is an amalgamation of a song by legendary jazz musician Charlie Parker ('Ahleu') and the Mexican Zapatista Army of National Liberation.

Having formed during the latter stages of 2001, their recording career now spans four albums and despite receiving large critical acclaim in their homeland, the name Ahleuchatistas is still relatively unknown elsewhere.

The Same And The Other is actually their second release, originally seeing the light of day in October 2004, and many observers - the band themselves included - view it as their defining moment thus far. Initially comprising twelve pieces of music, this re-packaged version now includes five bonus tracks recorded during the same sessions as those which made it onto the record first time around. Not that you would really need any extra time on this record to get an idea of where they're coming from, or more importantly, like or dislike what Ahleuchatistas are about, because this is something people are either gonna love or hate, simple as.

Although musically diverse - The Same And The Other has moments comparable with the the likes of Don Caballero ('A Classic Future'), Merzbow ('Cracked Teeth') and Sunburned Hand Of The Man (pretty much everything else) - Ahleuchatistas seem to make uneasy listening an art form throughout this record that few, particularly those with an ear for tune, structure or melody, would care to return to. While their obvious talents cannot be faulted, the whole concept of an album like this is comparable to putting your balls in a vice and not knowing when it will stop turning - excitingly challenging from the outset but enduringly painful in the long run.

Love On The Rails