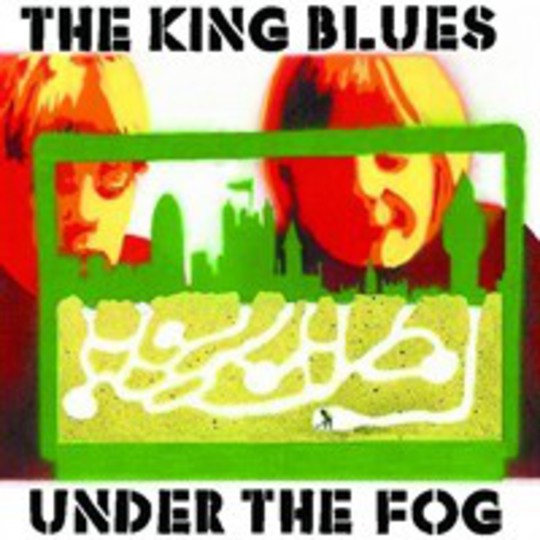 Back in 1970 when Edwin Starr bellowed out ‘War (What Is It Good For?)’ it’s unlikely to have rendered the response: “protest songs”. But now, in the midst of 2008, that’s exactly what we’ve got. From Bobby Gillespie to Chris Martin, George Michael to Ian Brown, it seems modern day rock ‘n’ rollers can’t be considered true, iconic figureheads unless at least one ditty denouncing governmental spawned combat is found lurking within a back catalogue that contains tracks that pine over loves lost or celebrate the virtues of a cheeky gram on an inebriated night out.

So, is this politicised soap-box standing on the part of our lovable pop-rogues and roguettes a good thing? Who can really say? There are those who believe it’s the duty of today’s entertainers to enlighten the yoof on societal misgivings, but there’s an argument to suggest pop and politics should never, ever mix. (Remember this abominable attempt by Pink?) But in today’s marketing orientated climes, where a rub of green on an industry fat-cat’s sweaty palms goes a long, long way, there’s little doubting the smattering of publicity derived from straddling the pedestal of war doesn’t harm an artist's chances of success.

Of course it’s easy to be cynical and over the decades numerous acts have swathed the sword of melody-riddled activism without having to answer to claims of co-option or band-wagon jumping. And ready to join this cluster of politicised tune-smugglers are Hackney-born reggae punks The King Blues with the release of their debut long-player Under The Fog – a record that pleads for its melodic substance to be heard just as intensely as it lobbyist protestations.

Pious supporters of both the anti-capitalism and anti-racism movements, the trio’s intentions are immediately apparent, with snippets of pre-Iraq War news broadcasts pasted across the copious bass and flustered strums of the album's introductory offering. From here, Under The Fog emerges as a furious, rootsy ska-punk celebration that tips its hat to Billy Bragg’s grass-roots cultural diatribes whilst paying heed to The Clash’s muted moment’s of inner-city reflection and Gogol Bordello’s frantic hurry of instrumental uprising.

Unsurprisingly, rebellion is never far from the heart of every full-blooded cut, with the likes of 'Blood On My Hands' and 'We Ain’t Never Done' shuffling devotedly to an organic rhythm contrived by bristled percussion and folksy guitar while frontman Jonny Fox’s embittered crow promises “resistance” and impending “revolution" so urgently you begin to believe him – well, almost. See, there’s a distinct whiff of the Jamie Ts to the record’s reggae-bridling spirit; y’know the kind of Rastaman masquerading that made Panic Prevention so impossible to take seriously. And that’s the underlying issue with Under The Fog, tracks like the dub-wielding ‘Come Fi Di Youth’ and equally groove-laden ‘The Sound Of Revolt want, nay demand, completely unsalted consumption. Yet, it's a bitch of a task to pull off.

For all their change-pushing convictions, The King Blues lack the impact to affect an audience with the ease their idols once could. Whereas Strummer or Bragg had the gusto to impale their idealism upon a culture salivating for change, Fox is preaching to a nation with an attention span barely capable of enduring a five minute news bulletin without reaching for the remote control. So when he ironically bemoans lost weapons of mass destruction (‘Duck And Cover’) or ridicules power hungry executives (’Chimp In A 3 Piece Suit’) his impact is minimal; merely an un-insisting, un-provocative vocal that accompanies a set of virulent, contagious melodies.

And that’s a real shame, because beneath the faux-reggae surface of_ Under The Fog lies a record of intelligence and craft that shits all over the nonplussed atrocities belted out by far less culturally conscious luminaries. The luscious gleam of last single _‘Mr Music Man’ and ‘Taking Over’’s misty-eyed stroll are so blushed with sunshine jangling they could inject the feel-good frolicking of summer into even the most granite of hearts. The politics are, of course, still heavily embedded within the lyrical content of each but when ‘Getting Out Of Here’ chaperones you to the album’s exit it bestows such a simplistic sense of self-worth and pride upon your listening lugs it matters not where your leanings lie - it's just good, spirit-lifting music that has the power to bind the divided with it’s ebullient charm.

War may be good for absolutely nothing but it’s relieving to know it can still spur acts as passionate and willing as The King Blues.