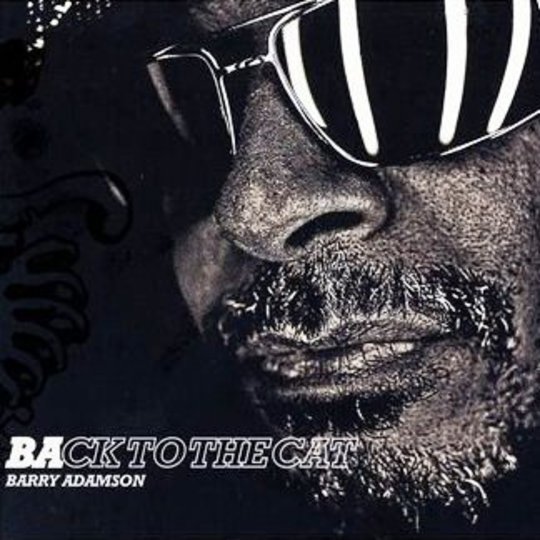 Having had neither the desire nor financial capability to undertake a four-week cruise around the tropics it's difficult to envisage life aboard such an ostentatious vessel. But, aided by the picture-box glow of a few late night infomercials, I imagine it goes something along the lines of: wake up, wander around the deck in the pissing rain / scorching sun, retreat to bar, vomit, eat, endure some god awful cabaret act, vomit once more, sleep (repeat until either land is found or ship capsizes).

Such regimented ventures are almost certainly made for those whose hunger to explore has vanished from world-weary bones, replaced by the need for a satisfactory jaunt around the globe without spark or stimulation. And in many ways Barry Adamson’s eighth solo outing Back To The Cat mirrors this unchallenging nautical vacation, with the former Magazine guitarist and one-time Bad Seeds collaborator taking the helm as the ship’s late night crooner.

For someone who possesses a CV of such disagreeable industry, Adamson has created an insipid, spiritless record that’s the absolute antithesis of his past glories. Bulging with disposable jazz-stained ballads and mould-encrusted soul, the sum of these sleekly produced numbers is an inexplicable conundrum when you consider the Manchester-born conceptualist was at one time accosted by David Lynch to transfer his 1988 debut, Moss Side Story, onto the silver screen. On the basis of this lacklustre affair, it’s safe to assume his digits are now dialled by the likes of Tom Jones or – more distressingly – Mike Flowers Pop.

Full of bruising bass and smouldering, air-tight brass, opener ‘The Beaten Side Of Town’'s off-the-cuff blues initially disguises the unbearable cheese-mongering to come but once the big band swing of ‘Straight ‘Til Sunrise’ coos its way through the airwaves Adamson’s easy-listening predilection begins to unfold. Smothered by a spread of twinkling keys and saccharine trumpeteering, the track’s swooning lamp-swaying is perfectly executed but lacks the substance to indent the attention before being rejected as little more than the loungey ear-comforting exuded by Bennett or Manilow.

Admittedly, Adamson’s bleak narrative is distinctly more coarse than the cringing granny-wooing pursued by either rubber-faced cripple, but the limp, melodic sheen embedded within ‘Walk On Fire’ silky smooth nu-soul or the decrepit loin-burning of ‘Straight ‘Til Sunrise’ renders his fiery-eyed tirades obsolete. A moment of luscious tenderness resides in ‘I Could Love You’’s tear-duct inducing pleads – a precious, misery-strewn lament that owes much to Redding’s classic ‘I’ve Got Dreams To Remember’ – yet this is a mere blip, one gorgeous ray of sunshine that’s quickly consumed by ‘Civilization’’s miserable MOR-spewing rain cloud.

Album closer ‘PsychoSexual’_ displays one final hint of menace as Adamson’s vulgar, predatory tones mingle lecherously amidst the smoky haze of trumpet, drum and organ but, having endured the Hamlet-chuffing vapidity that precedes it, this eerie finale lacks the heart-shuddering impact so clearly intended. And that’s perhaps the most mystifying element of this record; for all his banal Radio 2-aping, Barry Adamson is undoubtedly a talented composer with a penchant for voluptuous waves of sound. But once you’ve set sail with Back To The Cat make sure you find the nearest life jacket – you’ll need it a lot sooner than you think.