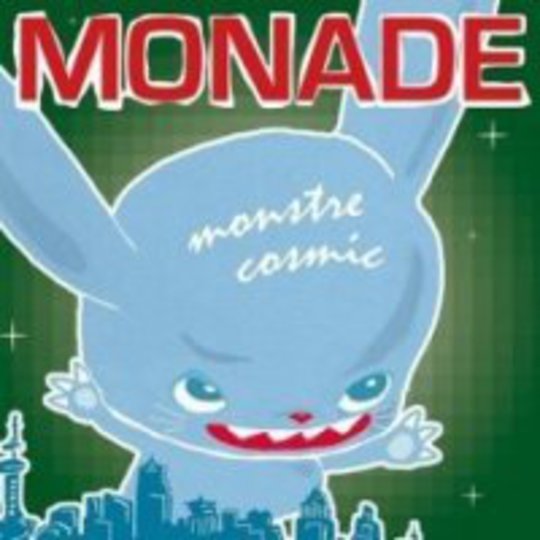 You know the one about never being able to step in the same river twice? Well that’s exactly what Laeitia Sadier, Stereolab stalwart and space-age chanteuse par excellence, had in mind when plotting this, Monade’s third album since their inception as a side project with Pram’s Rosie Cuckston in the mid-‘90s.

She’s made good on her intentions, as well – though retaining all the melodic charm you’d expect from Sadier, as well as a distinctly chamber pop vibe courtesy of some snappy string and brass arrangements, there’s a freedom to the performances on Monstre Cosmic which means the verse-chorus-verse hunters will come away sorely disappointed.

Rather, there’s a gnomic, faintly jazzy air to much of the proceedings, like the soundtrack to some cryptic curio plucked from late-night ‘60s television, which sees Marie Merlet’s bass roam freely like Serge Gainsbourg’s hands all over, well, anything that moves, and Sadier’s vocals skirt playfully round the melodies, at points reminiscent of Deerhoof’s Satomi Matsuzaki. Which is plain weird.

Of course, the whole affair is more French than freedom fries and at times ventures a little too far into muzaky, Bacharach territory, but tracks like the twinkling, loafer-clad funk of ‘Etoile’ and the loping, swoonsome ‘Change of Destination’ prove Monade really know their onions and ensure Monstre Cosmic is mazy pop gem worth getting lost in.