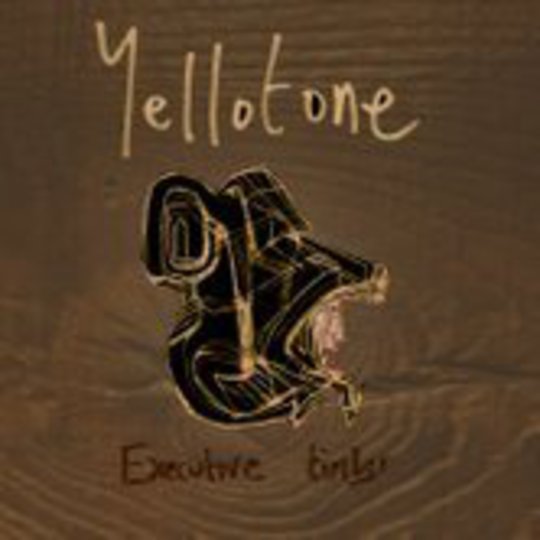 Yellotone is the given name for Simon Harding, a one-man band who seemingly wants to bridge the gap between indie and electronica. What’s that? You didn’t think that particular gap needed to be bridged because Four Tet already exists? Well, you’d be partially right. The problems with Executive Timber aren’t so much Harding’s lack of scope or ambition – both are present in droves – but rather in his earnest desire to stick too closely to one genre or the other at times.

Many of the issues that plague the album are painfully evident within the first two tracks, ‘Legions’ and ‘Hoons Under The Fuselage’. The former sets its stall out by being built around a repetitive, rhythmic guitar line that, rather than forming the launch pad for something more varied, instead hampers the song through its constancy and rigidity. With a drum sound that sounds all too like a click track there’s no emotion or progression and, as the vocals phase annoyingly from side to side, it starts slowly and goes nowhere. Applying the synthetic rules of traditional electronica to the essentially organic feel of traditional indie/guitar music is a fine idea, but this feels like it’s been constructed by one man on a laptop in a room somewhere. Obviously that’s exactly how it was made, but it sounds too stilted and constrained to really supersede the sum of its parts. And ‘Hoons Under The Fuselage’ seems to reverse the pattern (instead of applying electronica’s rules to indie’s instrumentation it does the converse) and only ends up sounding annoying where it should – or could – be an interesting experiment.

But, then, something wonderful happens. ‘Rye Road’ slips out of nowhere and is not only the best song on the album by a country mile but one of the most accomplished songs of the year so far. It’s a gorgeously understated country-inflected ditty that’s full of twanging guitar and plaintive lyrics, proving that when he takes the odd risk, Harding can come up with something quite special. And he also nails the organic/synthetic dialogue perfectly, too: behind the glistening guitars and bold instrumentation (wherever that trumpet came from I don’t know, but it sounds majestic for a few seconds) is a swirl of electronic effects that transform it yet further into something bordering on the unclassifiable. Unfortunately, it’s the only tune on the album that really hits home with any sort of emotional punch – but what a punch.

‘Idols’ and ‘Built To Laszt’ are all fairly competent attempts at creating standard indie-rock but never manage to be anything more than staid verse-chorus-verse efforts. ‘Gang Mentals’ picks up the pace somewhat but, again, falls into the trap of being too rigid and formulaic. It’s a shame there’s only one song of the calibre – or daring – of ‘Rye Road’ on Executive Timber because it affirms that somewhere beneath the ‘programmed indie’ beats a heart of positive, interesting experimentation. If only (if only!) it was let out to play more.