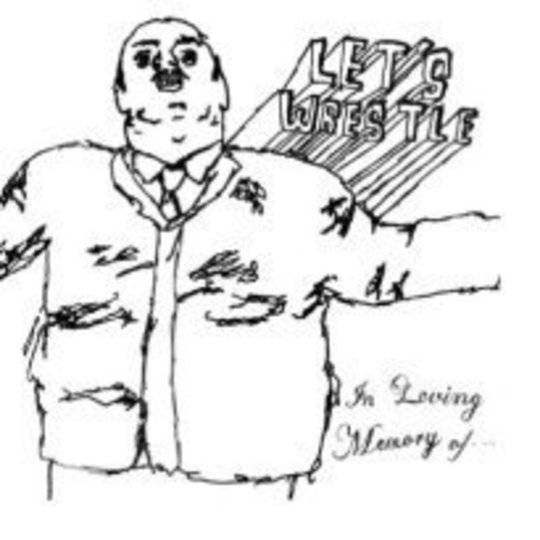 In the (slightly paraphrased) words of those royal box-sitting Muppets Statler and Waldorf:

Which, upon initial listening of the debut EP by capital city whelps Let's Wrestle, might be a fair assessment of a band who are both barely out of nappies and probably only on page three of the beginner’s book of guitar chords. Well done on learning that tricky ‘B’ chord, though.

Fortunately then, In Loving Memory Of... still manages to be brilliant, addictive, hopelessly lovely and endlessly fascinating.

Sounding like an amalgamation of early Cribs, Jeffrey Lewis, The Wedding Present, Beat Happening and a twee-fi combination of The Strokes and even Franz Ferdinand (for the less über cool in your comparative virtues), In Loving Memory Of… is either the first glorious outpost on the road map to being the best band in for-fucking-ever, or merely a brief, beautiful aberration of pop in a firework-fizzling career.

If I had a fiver (I really don’t today), I would drop it on the former, as both a gesture of hope and guided by the notion that cleverness, ideas and melody are more reliable markers to be had early on than musical proficiency. Let’s Wrestle have these in abundance.

Opener ‘I Won’t Lie To You’ is the pick of the sub-radio-friendly bunch so far as immediacy goes, and the first line “No matter how many records I buy, I can’t fill this void” hits you like a gut-punch, similar to hearing those opening Modern Age_ EP riffs for the first time. Propelled by a buoyant, insistent bassline (that underpins much of Let’s Wrestle’s music,_ a la_ a Glen Matlock on Never Mind The Bollocks or Mike Mills for REM’s Murmur’) it’s a surreal stream of deadpan bedroom relationship observations, all delivered in the barely-interested vocals of WPG.

Pointing to the surrealist, obscurist and humour-laden side of the band, ‘Song For Man With Pica Syndrome’ relates to rare condition whereby the sufferer has strong cravings for non-food items. Naturally then, the singer wails that his character (we hope) once ate "three toothpicks, a goldfish and a child’s candle-making kit that belonged to my sister". It’s insanely genius.

The standout song on this mini-est of mini-albums is ‘Insects’, which combines a wailing, unhealthy synth, oddly-dulcet croon and tales of woe about infected mattresses. The best part is how it breaks down under its own weight of ponderousness only to begin again for a glorious reprise. The lyric of the day however, goes to self-doubting, ‘Music Is My Girlfriend’, which utters the immortal lines: “It’s not cool to like Leo Sayer / so I won’t listen to Leo Sayer / music is my girlfriend… and I would do anything for her”. You have to be there, as such.

Fuck knows, and neither do you. It’s simply too early to tell and the wonderful thing is that we’ll have to wait for the next fifty shows or the next two EPs and albums to have a better idea. But isn’t the idea of watching your favourite children grow up over a period of time quite wonderful?

Don’t harm ‘em, don’t pre-judge them, just take a listen to their short career to date and enjoy it for what it is – there’s nothing more there, but it’s more than fine as it is.

To return to our immortal Muppet commentators:

*S: * That was the worst thing I’ve ever heard!