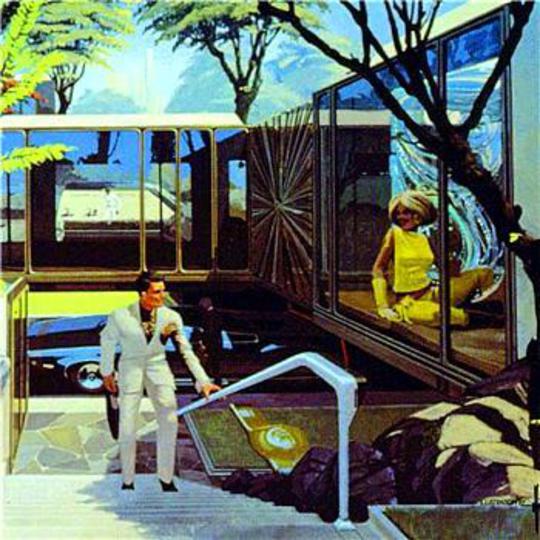 Mixing elements of both progressive and stoner rock, Danava haven't so much created, but instead carved their own fantasmagoric moniker into a niche that many probably weren't aware still existed. But then again, would you expect anything less from a quartet boasting a frontman by the name of Dusty Sparkles?

Indeed, the Danava story goes way back into the last century, when Sparkles met drummer Buck Rothy over the odd square of lysergic-rinsed blotting paper and bonded over a love of bands like Hawkwind and Cream. Out of time with both the popular mainstream and alternative music scenes then as they are today, Sparkles and Rothy spent the best part of a decade trying (and usually failing) to put together something approaching the music that inspired them, and four years ago the prototype line-up of Danava finally came to fruition.

Having released their self-titled debut in 2006, the band have spent most of their time since writing and touring, mostly at the same time, UnonoU being the end product of their labours.

According to Sparkles, the album's title is a made-up word that holds a deeper meaning to other people. Rrrright. However, what this record does contain are seven pieces of music that simply exceed the traditional structures of both genres Danava will inevitably find themselves linked to.

If the title-track itself, all 4/4 riffs, whirring Moog interjections and a vocal that is halfway between Ian Gillan's high-pitched, semi-operatic prowess and Lemmy Kilminster's insidious growl, doesn't set the scene here then nothing will. It's a record that coasts along at its own freeway lane-straddling pace, while the songs themselves read like tales from a mythical legend's anthology ('The Emerald Snow Of Sleep').

Standing out like a flame-covered beacon off Beachy Head though is the closing 13-minute opus that is 'One Mind Gone Seperate Ways', where the ghosts of Dave Brock and Jan Akkerman clearly live on, even if the substances were probably a little purer back then.

While it may occasionally be heavy-going for the listener (and I dare say the band too), UnonoU is an engaging record that just about reintegrates prog's inventive thesis back into the public domain. Just...