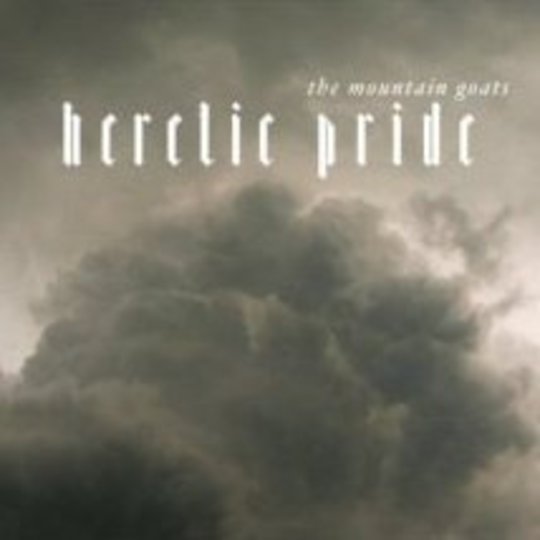 The 18 months following The Mountain Goats’ last long-playing release Get Lonely have seen a multitude of vocal strains rise to prominence – some welcomed, some less wilfully embraced and some just darn right despised. From the elasticated regalia of Zachery Condon’s nomadic warble, Amy Winehouse’s smoke-ingested jazz-bar purrs, and onwards to Allen, Nash and Peñate’s urbanite colloquialisms, it’s been a period conspicuous in its cradling of proud, prominent tonality. Yet despite such distinguished voice-box croaking, the return of John Darnielle whets whistles with a veracity more intense than any of the aforementioned crooners and croonettes could ever muster.

An extraordinary fusion of crowing dramatics and tender Jim Henson-esque purity, his corrosive shrill evokes and represses, refutes and unites, teeters and transcends – all in one swoosh of those withered, swash-buckling vocal-chords. But his strength rests not only in voice; Darnielle is a masterful rhythmic contortionist whose spiderous deft of touch lures unassuming mindsets into a webbed lair decorated with bushy-tailed jaunts before entangling his helpless prey in a harrowing cocoon of introspective soul-bearing. And in the release of new record Heretic Pride we find this Indiana-born trouveur extending the myopic throes of his last full-length offering in the hope of enticing a few more unwitting victims into his welcoming clutches.

That’s by no means a slight on Get Lonely’s tenderly crafted soundscapes – a timid but nonetheless resplendent album steeped in a hushed sensibility that could moisten the tear-ducts of even the most stony-faced cynic – but each of the 13 tracks here are fuller in both sound and scope, plying the affections with an urgency more attune to 2005’s glistening, full-bodied goblet The Sunset Tree. Opener 'Sax Rohmer #1'’s country-strewn charm immediately ushers attentive ears down a rediscovered pathway of positivism; zipping and bulging to abrupt acoustic stutters and a vivid, colourful narrative that, although enveloped in intrepid defeatism, rouses euphorically with our unshackled protagonist decreeing “I am coming home to you if it’s the last thing that I do” so compulsively you begin to fear for the hinges of your front door.

This defiant wilfulness pervades through the luscious bubbles of piano and strum that fanfare Darnielle’s chest-thumping professions of being “so proud to be alive” before culminating in ‘Craters On The Moon’’s tumultuous, violin-riddled storm. And it’s in these brazen octave-notching moments that Heretic Pride outlines its headway making intentions. Whereas Get Lonely was afoot with murky, air-strangling fictions and 2004’s We Shall All Be Healed lofted by passionate but ultimately adhesive-less thematics, this is a record that advances gladiator-like into the dank depths of adversity before trooping back with the severed head of its repressor; a battle-won trophy scythed clean off by ‘Lovecraft In Brooklyn’’s stainless steal riffs and then perforated by the surging drum-stabs found on closer ‘Michael Mears Resplendent’.

Disappointingly, Darnielle reverts to banal MOR during 'New Zion'’s lifeless pillow-resting – a loungey, key-riddled muffle of tedious Sunday-service atmospherics – but such insipidity is a fleeting occurrence on a record crammed with a wealth of acoustically-spun show-stoppers. Granted, there’s little here that breaches the realms of musical advancement but obscurely entitled tracks like the lilting 'How To Embrace A Swamp Monster' and, the equally poignant, 'Marduk T-Shirt Men’s Room Incident' are tightly articulated works of fiction enacted perfectly on a stage of stirring instrumentation; the kind of intelligent, conscience-stemming compositions that make the likes of Bird, Bejar and – to a certain extent – Cave such arresting propositions.

For all the new-found gusto, it’s perhaps this aspect that will resonate most emphatically with The Mountain Goats’ followers old and new. Because John Darnielle is first and foremost a creator of song; yes, the boy is blessed with a trapezing set of pipes, but it’s the crafting of timeless, crest-fallen melodies infused with gripping characterisations that elevates him into the upper-crust of musical virtuosity. And that’s exactly where Heretic Pride leaves him: perched atop the pile of today’s try-hardy singer/songwriters. On this evidence, it’ll be quite some time before he’s toppled.