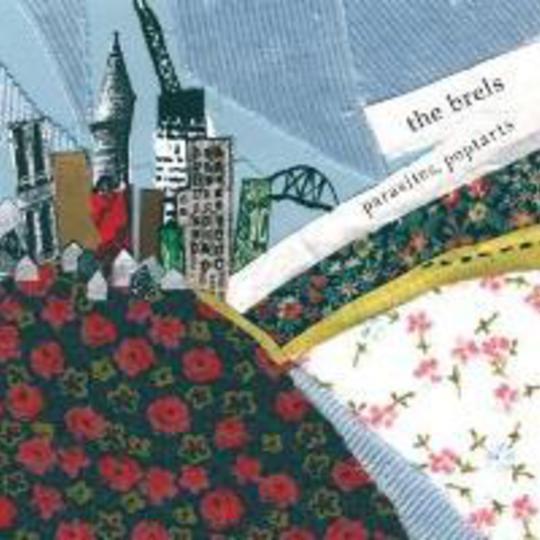 Some folks never recover from ‘their time’ and Aussie alt-rock four piece* The Brels *seem to be suffering one hell of a hangover from the ‘90s on the evidence of new album Parasites, Poptarts. Listening through, it’s as if time stood still right after Sebadoh released Bakesale and all future musical endeavours would be spent attempting to recreate that spirit. Fair dinkum, really.

For the uninitiated, The Brels are the evolved incarnation of acclaimed rockers (or so it says here) Krystapinzch, featuring brothers Gus, Gene and Stef Lashchuk and some helping hands courtesy of Tom Smeets and Lachlan Wilson. Stef won an Australian Literacy award in 2007 for his novel I Dream Of Magda and that scholarliness transfers to the music in their arch lyrics, wayward guitar parts and even the childlike chicken scratches of the inlay art.

All good so far but the problem is that it’s just not up to much. There’s a sense of peering at assorted strips of a story that need piecing together to fully understand it but never enough intrigue to merit the effort. The abrasive, art-school approach is largely insular and alienating, constantly reminding you of bands like the aforementioned Sebadoh and Girls Against Boys (even Catherine Wheel, to a lesser extent) who did this kind of thing but way better. In a modern setting the shortcomings of this slacker rock stuff are all too clear and unforgivable.

‘Rome’ is an exception, as Stef languidly sings over a stomping rhythm and wiry guitars, the pace and tension gradually escalating until coming to a head with the premature squirt of the bundling acoustic come-down.

Occasionally there’s a flash of potential, as on ‘The Mary Protocol’, the overdriven guitars doing their best GVSB impression, or the almost sweet acoustic picking intro of ‘Magic Number 41’. But as is the problem throughout, it’s a retread rather than a reimagination that falls apart quickly, as the band’s legs buckle under the weight of their empty heads.

Parasites, Poptarts is by no means a poor album. It just lacks for its own identity and is half-realised at best. Most songs come to abrupt, clunky ends or worse, fade out, highlighting the paucity of ideas. A disappointing offering from a band that obviously has some quality and promising moments but not enough of either to warrant repeat plays.