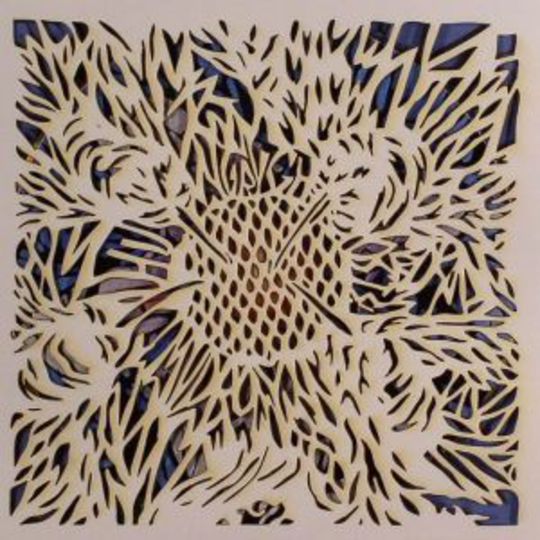 In the press release,* Mudboy *dares us to define his work. Well, in short it’s the kind of plinky-plonky, minimalist stuff beloved of Wire magazine readers, with a bit of a post-rock thing thrown in occasionally. There you go Mudboy. Defined.

But, to be fair, it is actually pretty good at what it does. Beneath a beautiful piece of cover art, there is a record in which every single note of every song is deftly controlled and a myriad of sounds are utilised to create a defiantly abstract record.

A gentler Godspeed You! Black Emperor is a comparison that immediately springs to mind, as warped cuts of voice are thrown in and mixed with a collection of organs and obscure sounds. But this is more less epic and without that overwhelming pull on the emotions.

The eponymous title track builds darkly and uncannily, setting out what is to come, while track two, ‘Swamp Things’, is more subtle and meditative, with a swirling, gentle rhythm overlaid by ethereal waves of sound. ‘The Last Song’ resembles a knackered school organ doing a horror theme soundtrack while ‘Shockwave!’ takes a leftfield turn, sounding something like a cartoon hell complete with grinning demons coming right up into your face and burping in it.

But really, this is a record to be listened to as whole piece. Preferably lying down, with some time on your hands, to maybe stimulate some higher through processes and occasionally thrill you with its vision. This is a subtle piece of music that requires some work in the listening, and unfortunately, that work isn’t always rewarding. It isn’t absorbing or exhilarating and you often really have to concentrate to keep the sound coming in.

Returning to Mudboy's defiant claim to be un-pigeonholeable. Perhaps that is the problem. Surely you should want to make music that does more than make life hard for critics, as honourable as an intention that is. This is music which wanders about through many interesting fields, but ends up not getting very far.

Hungry Ghosts! These Songs Are Doors! is a record that, at its best, slowly crawls inside your head and lends a sense of otherworldliness. It is a beautiful object obviously crafted with care, perhaps too much care, and it ends up being an essay in experimentation that’s interesting more than electrifying.