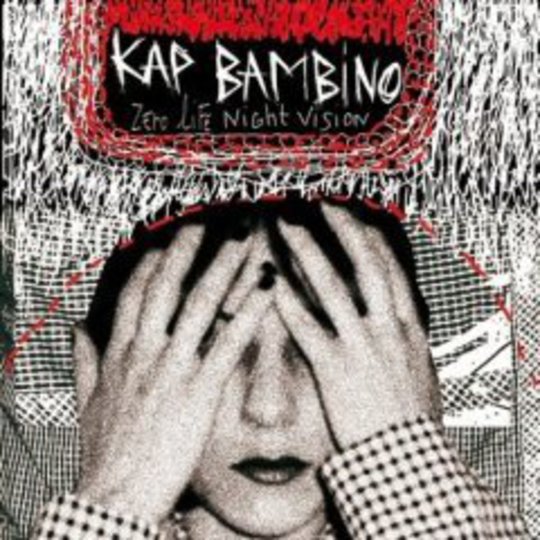 Despite the odd, lingering protest, it’s pretty much accepted by now that new rave is real, barely traceable back through the drizzle of clubland memory to a rainy rooftop in Berlin, sometime in the mid to late ‘70s, and a tangle between a local girl (who’d handed an amount of her first wage for glitter straight back to the pharmacy that employed her; the Benadryl, she stole), the music of David Bowie, and a couple of glow sticks which, through an improbable series of events, lead to the birth of James Righton in Stratford-upon-Avon late in 1983. What’s only recently been established is that it’s here to stay – as national hacks have thrown off the 'ironic' inverted commas, so new rave’s been time-locked and is destined to become a generational ‘thing’, like disco or punk, forcing unwanted memories on its teens and young adults (i.e. _you) in years to come ‘til they surrender with dewy eyes to the absolute fact that, yes, they were there, swimming through powder mounds of MDMA at Klaxons’ first-ever show, the walls of Soho’s St Moritz Club reverently bending that night to accommodate all 206,918* of their over-privileged MySpace friends. And you? Were you there? If not, you will be. Rubbish. R-r-r-r-ubble.

Anyway, whatever the past and future has in store for the presently much maligned night-scene, acts like **Kap Bambino are its present. And what is new rave’s present? A French electno-wave album that was originally released in its homeland two years ago. When scenes rely this much on scant exoticism for new thrills you need to ask if you’re bored, London, much? Still, the Galls do bring some benefit - we can stop pretending to take Barry, 31, seriously as he minces around in day-glo leggings and pack him off back to Derby, and at least Kap Bambino's grasp of English is too loose for the talking-head TV he'll be bawling at a decade or so from now (gob on, Calvin Harris).

So, Gallic and incomprehensible, all's average and alright, it would appear, as more glitchy spumes splatter over Les Georges Leningrad's chaos kitsch, until Caroline Martial and Orion Bouvier’s ghost train of a second album steers you away from tame neon tease and straight into an horrible ambush. Three flaccid phantoms wailing and gurning in ‘Zero Life’ and ‘Hey!’ and almost every other track. It's the open hi-hats and heel-toe brain rot of Hixxy, Dougal and Sy, finally breaching the M25.

Joy of joys, Kap Bambino have broken new rave’s final taboo by taking it literally and invoking the dumb, totem-faced stomp of happy hardcore; something even the hedons of east London know is just too ridiculous, having grown up on tree-lined streets where it jabbers absurdly from racing boy windows and the bedrooms of acne’d older brothers. The ultimate price to pay if, in a musical moment marked by genre sluttery, the feeling always nagged that there would have to be an AIDS.

It’s not all as bad as that seems, though, far from it; the duo at their best when they exploit the hyper-retardation so cherished in John O'Groats to keep minds up and away from the reach of dragging drug bellies. ‘Night Vision Ocean’ is what happens to Italo-disco when you put it in a frying pan (something good happens, in case there was any doubt), and album high ‘Save’ is so insistent Kap Bambino almost convince you that they ‘mean it’ and they’re only wearing day-glo because they invented the colours themselves. Problems arise when that track – Zero Life’s third – finishes, though, and it’s revealed as a 10/10 single with ugly friends – ‘New Breath' and ‘Hunger Texas’ particularly off-putting to handsome praise. While this'll hold glitter gannets steady for now, it's probably best to ignore the inevitable comparisons to sugar rushes and ailing games consoles and wait 'til Righton returns from Berlin and Tony Visconti to fill the near future with more ludicrous fantasies about a barely imagined past.

Red Grapes In The City EP