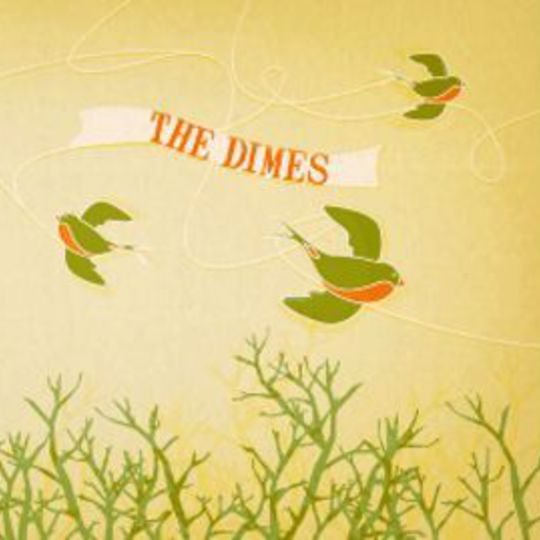 A long time ago, a reason to bunk off school to the local snooker hall – or to just feign sickness and diarrhoea – was the prospect of double history and music on the same day. Eurrgh... Even now it sounds goose pimples down my spine. So the idea of combining the two would probably be my idea of institutionalised hell, except for British Sea Power of course. Put it down to a catholic education if you like, but the prospect of getting one's tongue around a series of irregular German verbs seemed more appealing back then.

Portland four-piece The Dimes obviously have a different opinion. Call it reverse psychology, but one listen to their 13-track opus The Silent Generation actually makes me want to visit my local archivist with a list of dates and events from the turn of the last century.

The inspiration for The Silent Generation, you see, comes largely from an old box of newspapers from the Great Depression era that guitarist Pierre Kaiser found under the floorboards whilst moving house a couple of years back. Really? I kid you not...

So, like some Cy Endfield flick set around the theme of an historical event, The Silent Generation unfolds chapter by chapter, each one telling us more about various characters from the early 1900s ('The Jersey Kid', ‘Emmy Divine’), and occasionally dipping back into the past ('Battle Of San Jacinto' relives the bloody war between Mexican soldiers and Texan inhabitants, resulting in Texas gaining state independence some 170 years ago), before engulfing us in tragedy ('Chicago 1929' retells the story of the St. Valentine's Day Massacre) and triumph ('Paul Kern Can't Sleep' becomes an engaging dream involving flying through cornfields and riding Derby winners).

Musically the most obvious comparisons are likely to be Death Cab For Cutie or The Decemberists, particularly in the way many songs change from folk to rock and back again with the greatest of ease. Elsewhere, the vocal harmonies of singer Johnny Clay, Kaiser and bassist Ryan Johnston are reminiscent of both Document-era REM and Arcade Fire compositions such as 'Haiti', particularly on the sprightly 'Catch Me Jumping' and nautical disaster lamenting 'Salt And Foam'.

Up until now, The Dimes have remained a largely unknown quantity outside of their home town and state. Expect all of that to change pretty soon once the rest of us have finished playing catch up, because The Silent Generation is one of 2007's undiscovered gems.