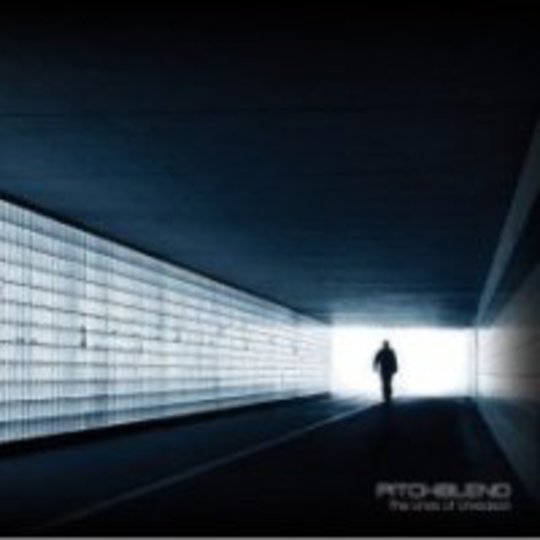 Majestically sweeping in on a game face wave of Deftones-lite guitars, Chino-style emoting (minus the silly breathy bits) and hyperactive drums, clarion call opener ‘Sirens’ signals only good things for Reading quartet* Pitchblend*’s debut. And so it continues with the trundling space-rock of ‘Celsius’, sounding uncannily like Placebo (circa_ ‘Pure Morning’) in a good mood. The twinkling balladry of _‘Design Our Own Escape’ aims squarely at the teen terrain and almost bull’s-eyes on some misplaced heartstrings before taking a breather for the minute-long throwaway of imaginatively-titled instrumental fourth track, ‘Four’. Minor quibbles aside, it’s as ambitious and strident an opening salvo as a British-rock debut has dared offer for quite some time.

Presuming you make it that far, because it would be easy to write Pitchblend off on first listen, understandably taking issue with Rich Savage’s unnecessary, aggravating bouts of pseudo mid-Atlantic gurning. But it’s at least several leagues below that of Lostprophets’ rodent-u-like singer Ian Watkins, and not half as nasal and whiny, so we’ll forgive him. Especially as he’s often belting out some undeniable melodies, as on ‘Somewhere I Could Never Find’ and_ ‘Balance Restored’_, burrowing tributaries through your subconscious and gushing forward several spins later to reveal themselves as semi-permanent residents.

As they again delve into instrumental territory on the nuance-riddled and heavy ‘Everything From Here On’ (which pleasantly comes off as an apocalyptic Red Sparrowes-esque dirge) it unofficially splits the album in three and introduces the third and final movement. While it’s by far the most diverse segment of the record, it’s also arguably the least engaging and where you might find yourself playing the game of spot the reference a little too readily (featuring cameos from Thursday, Glassjaw, and all your favourite post-hardcore heroes). It’s perhaps a tad overlong too, stretching things to the 13-track mark, but stay tuned for Alex Wilson’s fret-wizardry three and a half minutes into_ ‘Timeless’ _for one final, eyebrow-raising moment.

If there is one major criticism of Pitchblend, it’s that they’re still clearly at the mercy of their record collection. There’s an appreciable degree of drive, quality song craft and tricksy turns with it but the overly familiar parts ultimately lose them points on what is an otherwise cracking first go. There is enough of note here to suggest that with a little more faith in themselves next time around, they might just be capable of something properly big and brassy.