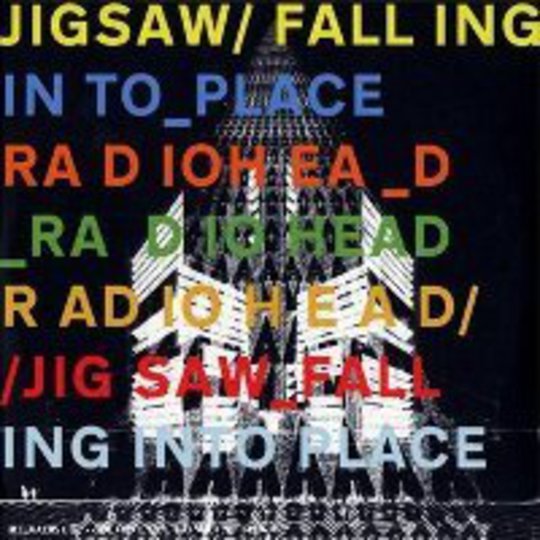 From industry-spinning contempt for convention to standard-issue racked-out release in the blink of an eye: Radiohead’s comeback has been the subject of many column inches, from the industry press through to the tabloids, but as yet words have not morphed into meaningful radio play. Which is why we now have ‘Jigsaw Falling Into Place’, classically recognisable and immediate in its lassoing of listeners already ensnared by the rhetoric preceding the ‘proper’ release of parent LP, In Rainbows.

Lyrically recalling a wayward night out that our Thom probably hasn’t been on for some while, it’s not the sound of paranoid gloom-rock some have regularly assessed Radiohead as purveyors of since their inspirational OK Computer masterpiece; instead, _‘Jigsaw Falling Into Place’ is a bass-propelled pop-rock head-bobber, easy enough on the ear for indirect consumption – car stereo while manoeuvring in Asda car park, rubbing eyes open between Chris Moyles funnies – but compositionally complex beneath a deceptively simple outer gloss for long-standing admirers to get sufficient kicks from.

The perfect introduction to In Rainbows, then, if you’re one of the eight yet to hear it.