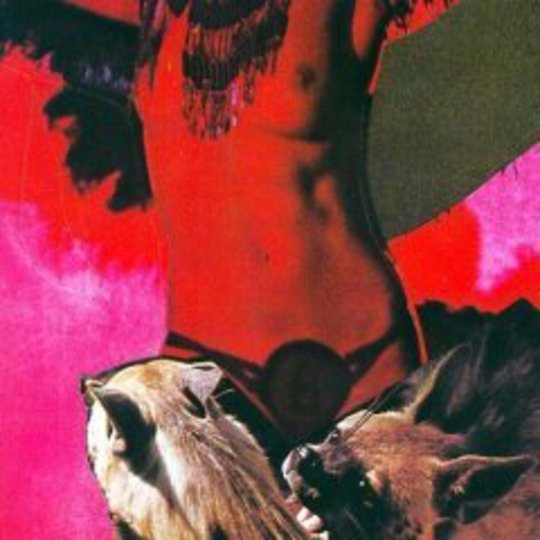 Long time cohorts of the Brian Jonestown Massacre they may be, but having lived to tell the tale and then some, psychedelic drone specialists The Warlocks may just have released their best album to date.

While not containing the obvious singles of Phoenix, the album that ultimately lifted them into the spotlight of their own accord rather than via associations with co-conspirators, Heavy Deavy Skull Lover is by far their most ambitious, sprawling and intensely defiant collection of sounds (it's hard to use the word ‘songs’ in the context of this record). Although it's unlikely any 45s will be lifted from this record, that can be seen more as a compliment than anything else.

Why? Because Heavy Deavy Skull Lover is one of those albums that demands to be heard as a whole, rather than broken down into individual parts. If anything, trying to take in each of its ten tracks piece by piece results in the listener becoming a tad confused, as there are no real beginnings or endings as such. Instead, this record feels like it was constructed in one elongated jamming session, which may not be a million miles from the truth, particularly as it was recorded under the guidance of Rod Cervera, himself responsible for the band's earliest work (Rise And Fall) which was essentially just that: a collection of overtly calibrated jams.

Now a seven-piece, with bass player Jenny Fraser and second drummer Bob Mustachio added to the line-up, The Warlocks still heavily revolve around the largely-paranoid visions of singer/guitarist Bobby Hecksher. Oddly enough, Heavy Deavy Skull Lover nearly didn't see the light of day at all, mostly down to the fact that the band's last album, 2005's Surgery, didn't exactly set the world alight, leading to their departure from Mute and a largely unfruitful search for a new label.

Thankfully, their BJTM connections came in handy as Tee Pee Records, now the home to Anton Newcombe and his current cluster of ever-changing musicians (whoever they may be at this moment in time), presented them with the opportunity to record Heavy Deavy Skull Lover pretty much at their leisure.

As stated previously, breaking the album down into individual compositions isn't really conducive to appreciating its overall feel, but anyone not moved by Hecksher's unnerving vocal on the countrified opener that is 'The Valley Of Death', or completely unravelled by the elegant drone of 'Slip Beneath', clearly doesn't have a heart or soul that functions to its full capability.

As with their previous releases, The Warlocks don't rewrite the rule book as such on Heavy Deavy Skull Lover, but their sound does retain enough notable characteristics for anyone familiar with their earlier work to be fully aware that this is the 21st Century psychedelic sound of the West Coast in all its glory.