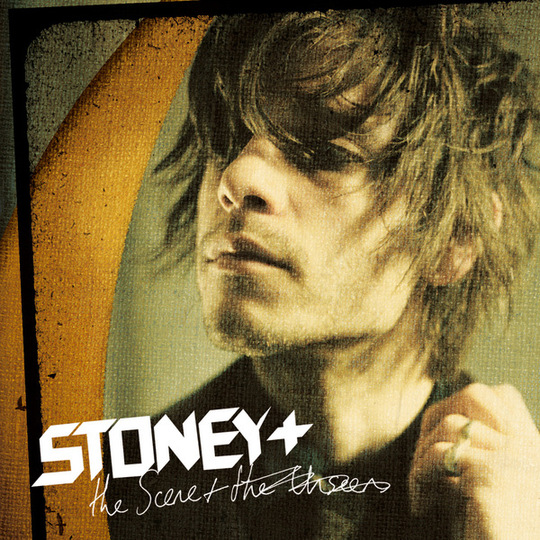 "Like Beck and Super Furry Animals,** Stoney **hops genres with consummate ease but still manages to put his own stamp on the end product. In twelve months' time, there's a fair chance the music of this Croydon native will be discussed with similar reverence."
http://drownedinsound.com/event/view/17800

Fair chance? As we know, the world ain't a fair place and so it's proved for Mark Stoney. This hidden gem of a record (on which he plays all the instruments himself save for drums) has been out on limited release for many months but it's only now, in November 2007, that you'll actually be able to purchase it in conventional record stores.

Who said traditional distribution methods are dead? Without them, musicians still struggle and Stoney's is a prime example of a gifted performer who has yet to fully realise his potential due to a combination of... actually, who cares?

This is a record review, after all, and the reason you should be prepared to part with your pennies now isn't anything to do with sympathy, rather it's because, quite simply, The Scene And The Unseen (ignore the clunky title) is an incredibly accomplished, not to mention varied, collection of songs.

Stoney's is a sound that's slippery to pin down. Like some sort of musical eel he slides from one genre to the next with ease, but still manages to avoid the pitfall of sounding like he can't decide how he wants to sound. Single mindedness, after all, might just be the reason he's not made more of his undoubted talent.

Essentially, half of The Scene And The Unseen is way-more-interesting-than-average indie-rock, and not a little poppy - in the same way you'd probably say the Super Furries are - but there's a whole lot more going on besides. Bleeps, squelches and layers of noise permeate the swaggering upbeat cuts ('Jailbird', 'Soap In A Bathtub', 'Jake'), but there's another half to this record.

The tender, acoustic side ('Best Laid Plans', 'Underdog' and the beautiful 'Ghost') could easily be a different artist were it not for Stoney's distinctive Croydon twang. The swagger of the amped-up numbers is in marked contrast with the downbeat vibe here, particularly on 'Ghost' - "Looking back through / The window in the door that now is closed / The looking glass that lost its tinted rose / The secrets of the path we never chose" he sings, with no little pathos.

For sure, he's a musical magpie - but in the Bowie tradition of borrowing elements rather than, say, Oasis who really ought to have done time by now. There are certainly parts and sounds on here that could belong to other records: 'Now's A Good Time' features a Coldplay-esque instrumental passage and the chorus of the sublime 'Jailbird' sounds like some of the best stuff Lee Mavers never wrote.

Regardless, The Scene And The Unseen still sounds nothing if not fresh - considering its first 'release' was over a year ago, that's an achievement in itself these days. Do you think The Horrors will sound original after a similar gestation period (if indeed they ever did)? Nah, me neither. A band like that, though, aren't on the same page as Stoney.

Here we have a musician trying to break a few boundaries, do something that bit different, keep things interesting regardless of prevailing trends - for his own benefit as much as the listener's. To these ears, that's precisely what he's done with The Scene And The Unseen and now you can actually buy the bloody thing, DiS really thinks you should.