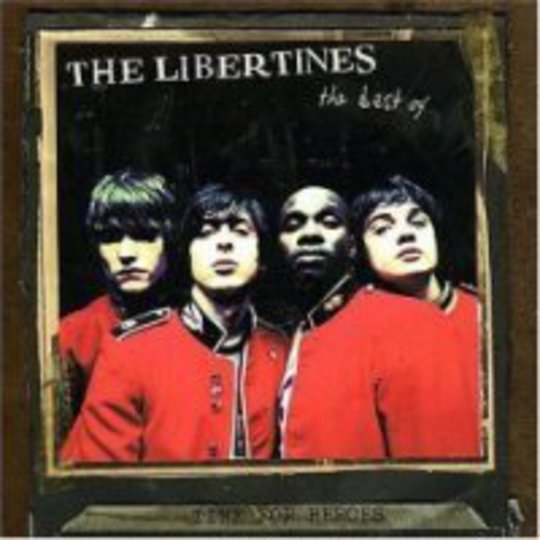 It’s difficult to argue the toss over what exactly The Libertines_ really_ contributed in their short time together other than a thankfully short-lived military jacket fad, a handful of okay tunes and a quite tragic, boring narcissist in love with celebrity and self-mythology. The PR drive will no doubt glibly prattle on about ‘the voice of a generation’ or whatever but don’t be afraid to think for yourself on that one. We’ve been sold that lie one time too many by now, surely?

First though an admission, and a little concession. Ordinarily, I’m cautious of critiques that make use of the first person but upon being offered this particularly poisoned chalice, I figured I owed myself this one indiscretion. The Libertines never meant anything to me. Maybe I was too old by the time they were at the height of their powers (I’m 27 now) but to me they were little more than a media construct forced upon the public by clever folks with a vested interest in creating stars. Sure I heard their hits from time to time and while they weren’t exactly hateful, the cynic in me said they were a little more than a kiddie Oasis - at least in terms of their presentation, promotion, attitude and the fervour they whipped up, as opposed to any musical similarity. When they were busy saving rock ‘n’ roll I was far too distracted by bands like Shellac and Hot Snakes to give much of a shit anyway.

Now, no one reading this ‘review’ needs a Libertines history lesson – you all know how they sounded and the tumultuous dynamics that ultimately unravelled them, but the incredible fact that this Best Of follows just two full-length albums is an obvious but worthy point of contention. You have to wonder who really needs this collection in their life. Surely you could pick up each of their records at a discounted price for roughly the same as this? With other such silly season compilations at least there is the incentive of those all-important rarities and live recordings tacked on to fool completists into parting with their readies for a bunch of songs they already own. The only dangling carrots here are debut single ‘What A Waster’, the between-albums release ‘Don’t Look Back Into The Sun’, a re-recorded version of ‘Death On The Stairs’ and gloriously ramshackle, throwaway b-side ‘Mayday’. That’s assuming you don’t already own those songs in some format, of course. All in, it’s a pretty paltry return by anyone’s standards. With that guy who sometimes goes out with some model or whatever having recently put out a new Babyshambles record, it’s not as if anyone needs a reminder of where it all started either. So the biggest question is: why? Suffice to say with its odd timing and undeniably questionable motivation, this doesn’t just whiff of cash-in, it positively stinks of it.

Of course, stripped of all peripheral nonsense there’s no arguing with the inherent potency of songs like ‘Up The Bracket’ _and ‘Can’t Stand Me Now’ (and being fair, at least half of the tracks nominated as their best, here). But then you’re reminded of the unspectacular filler of _‘I Get Along’ _or the wishy-washy, brittle-thin retro-swing of ‘What Katie Did’_, wiping away any good will hitherto offered. A jumpy tracklisting that fails to chart any kind of progression (as much as could be achieved with only two albums’ worth of source to draw on) or even flow logically, doesn’t exactly help matters much.

There were undoubted ghosts of promise in this band, Barât and Doherty boasting enough combined charisma and indie-rock smarts to fool everyone into believing they might have been the spiritual airs to Ray Davies and Pete Shelley (or whichever demi-God predecessors you feel fit the bill best), but as we’ve seen with their subsequent musical offspring, those were, most likely, fleeting shivers of potential.

Call it fence-sitting, call it ignorance, call it what you will. What became of the likely lads? I’ll roll with my initial instincts and settle on indifference, thanks.