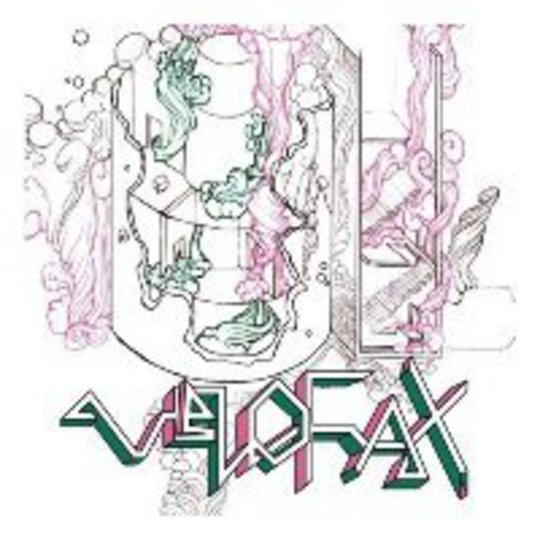 Bergerac. Now we’ve got that inevitable reference point out of the way, let’s get on with the humdrum business of reviewing the eponymous debut from Jersey’s latest stab at cultural relevance, Velofax.

Imagine a less convincing version of Hot Chip’s teutonic disco-pop dosed up on Chili Peppers funk, and you’re pretty much on the same wavelength as this uninspired bunch. Ultimately it’s a bassline that does for them, after the first three tracks do a pretty solid job of keeping proceedings just the right side of kraut-influenced credibility. The offending four-string rears its ugly head on ‘Dust It Down’, aiming at Rapture-ous sexiness and ending up at Reverend And The Makers stodge.

From there on in it’s pretty much crimes against funk nºs 16649-93 as the band proceeds to demonstrate an understanding of the genre that extends to feckless hi-hat abuse and shameless mugging on the bass. That the uninspired drumming is augmented by facile electronic beats doesn’t help matters much, but essentially it’s the flatness of the compositions that proves the album’s undoing.

‘Shoot Me Again Heather’ is the undisputed low point, the band turning its hand to horrible pseudy jazz and fairground music in lieu of proper ideas, like drowning men clinging to the flotsam from a sinking ship. They end on a cheesy wink with ‘Jack’s Emporium’, which sounds like Chromeo soundtracking Pebble Mill.

Remember the moment in Big when Tom Hanks sleeps with that woman in his bunk bed and you suddenly remember he’s supposed to be about 12 years old? Velofax is like that moment; the sound of good clean fun spilling over into something that’s queasy and ethically dubious.