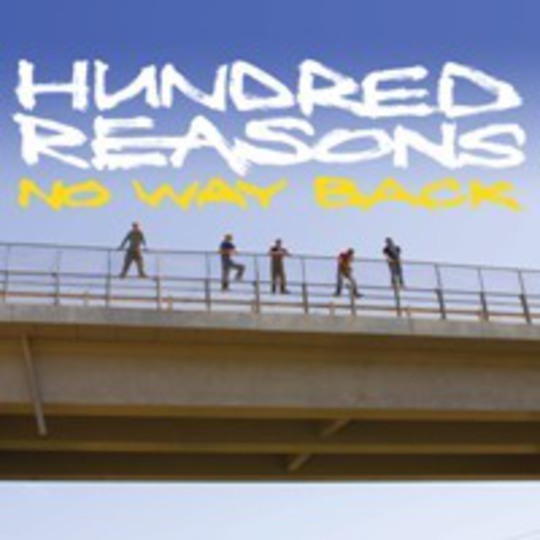 Perennial almost-men of the British post-hardcore scene, left trailing rather in the wake of successfully broken-through Welshies Lostprophets and Funeral For A Friend, Hundred Reasons’ commercial fortunes have never tallied with the affections directed their way from those able, still, to recall losing a week’s worth of sweat in a night to first album tracks in some dank fleapit in a satellite town.

As one who leapt about quite ridiculously, lager in hand and smile across face, to ‘Cerebra’ et cetera way back when, it’s a little disheartening to accept the hand dealt the way of the Surrey-spawned outfit, especially when ‘No Way Back’ is a perfectly acceptable three-and-a-half of chorus-soaring pop-hooked modern rock.

As they’re as good as forgotten by many a corner of the domestic music press, it’s unlikely ‘No Way Back’ will attract as much attention as, say, the new output from enduring emo starlets Jimmy Eat World. Yet similarities are rife: both acts deliver chunky riffs amidst sing-along verses that many a peer-cum-superior would murder for, and never is that essential pop spark forsaken for some return to ‘authenticity’, or whatever. Yeah, once upon a time Hundred Reasons rocked harder, but did they rock better?

Nah, not really, and only experience makes this apparent. It’s not revolutionary and it won’t catapult its makers’ to the peak of the charts, but ‘No Way Back’ is no titular white flag. It’s a statement of intent, a single-minded middle finger: the dwellers can keep their nostalgia, as H*R aren’t about to handbrake a 180 into feverous fan-boy favour any time soon.

Video
Log-in to rate this record out of 10
Share on
Love DiS? Become a Patron of the site here »