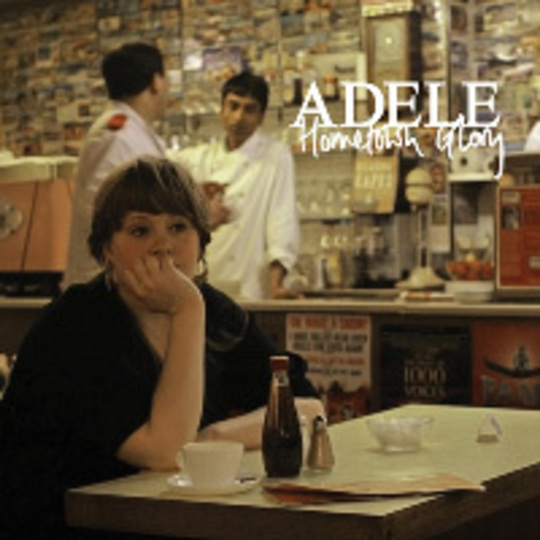 Puritans glower. Klaxons scream. M.I.A.’s gone to war. Giddy-throated Londonette Adele** sounds thoroughly nonplussed by all else that’s going on and generally good in her hometown at the minute. She’s keen instead to wail up a more pastoral storm ‘round the ends; like a Laura Marling given to melodrama.

Shown up as genuinely ignorant (or ignorantly genuine) with an unfashionable, olde-worlde sense of decency, Adele is the frumpy girl the higher-minded and action-prone neighbours left behind. Sat at a lonely piano, keys talk in circles and strings hover ever like threats to your nose-bone tear-ducts. Resonant and naïvely-defiant (or defiantly naïve), her voice manages to run for cover and rail at the same time.

As the song rises she starts grabbing for superlatives, but the mundanity clashes with the “wonders of my world” and she ends up lost for words, with a faux-jazz wail as ambiguous as a siren lost to a city where good tends to slide confusingly into bad. As such, my reaction to this song changes with the weather - sometimes grey, London skies are refreshing. Other times they suffocate.